When I told a friend I was going to Myrtle Beach, he asked if I was taking golf clubs. He forgot that I don’t play golf. “So you’re going to relax on the beach, right?” Wrong.

Most people visit the Myrtle Beach area to golf and soak up the sun. After all, it has over 100 outstanding golf courses and is bordered by a 60-mile stretch of inviting beaches. As I discovered, it also has history-rich towns, reminders of southern plantation life and intriguing cultural tidbits.

Myrtle Beach sits near the middle of the “Grand Strand,” the name given to the dozen towns strung out along South Carolina’s Atlantic coastline.

Each community has its own appeals and unique story to tell. Together they offer a something-for-everyone combination of things to do and see.

Myrtle Beach is the heart of the Strand, with the greatest concentration of hotels, restaurants, shopping and nightlife. The action is centered along the oceanfront boardwalk, which is lined by shops, fast food eateries and arcades. Overlooking the scene is the SkyWheel, a giant-sized ferris wheel that soars 187 into the air and provides a bird’s-eye view over the surroundings.

Georgetown, at the southern end of the Strand, already was a colonial seaport when it was officially founded in 1729. Behind today’s commercial façade rests a residential area of oak tree-canopied streets and gracious homes — some pre-Revolutionary.

Pawley’s Island, several miles further north, became a pre-Civil War summer retreat for those wealthy planters. The setting retains vestiges of the laid-back atmosphere to which today’s residents cling, and refer to as “arrogantly shabby.”

In sharp contrast is Murrell’s Inlet, which earns its reputation as the “Seafood Capital of South Carolina.” Fresh fish, crabs, oysters and clams are pulled from the surrounding waters, and fishing boats keep the 1,400-foot-long boardwalk bustling. Aptly called the Marsh Walk, it overlooks salt water wetlands where an outdoor aviary of pelicans, egrets and other migratory and resident birds meet and mingle.

Perched near the northern end of the Strand, Atlantic Beach has close ties to one of the more intriguing historical stories of the region. Many residents of that community, like those in other parts of the Grand Strand, are descendants of the Gullah-Geechee people who retain their unique and fascinating culture.

When early plantation owners realized that the area’s climate and tidal rivers were perfect for growing rice, they instigated an influx of slaves from west African countries where the crop had been grown for centuries. The Africans’ knowledge of rice cultivation was largely responsible for the success of planters in coastal regions of the southeast states. Some slaves developed a unique language and clung to their African cultural traditions, rituals, religious beliefs

Many descendants of those slaves live near where their ancestors did, in a narrow band stretching from the coastline of North Carolina to Florida. For reasons unknown, people in the northern section of this area are named Gullah, while those further south are called Geechee.

Reminders of this fascinating story, some of which are encountered in surprising places, surround visitors to the Grand Strand.

For example, one golf course was laid out on the site of a former plantation that included an early slave cemetery. That prompted the Gullah woman who pointed it out to me to remark, “My grandfather is buried under the 10th hole.”

Sprawling Brookgreen Gardens also has a close connection with Gullah history, occupying the land of four former rice-growing estates. Today, the expansive lawns serve as a showcase of gardens and art, including one of the best collections of American figurative sculpture in the world.

While not as grand as Brookgreen Gardens, the Hopsewee (pronounced HOP-suh-wee) rice plantation has other appeals. The graceful pre-Revolutionary home has never been added to or restored, only maintained. In the shadow of the house stand two original cabins that were home to slaves who worked in the rice fields.

Another chapter in the history of slavery is recounted at Freewoods Farm, which was the center of a community established by freed slaves at the end of the Civil War. The 40-acre spread is the only living history museum in the country that recreates life on farms owned by African-Americans during their first decades of freedom.

Observing farm workers busy at their chores, it’s easy to imagine yourself transported back in time. The land is tilled using mules pulling plows, crops are harvested by hand and syrup and soap are made the time-consuming way they were over a century ago.

The sight of subsistence farmers toiling in fields is very different from stately plantation homes surrounded by lovely lawns and Spanish moss-draped oak trees. Occasional touches of honky-tonk tourist attractions contrast sharply with the casual, laid-back island lifestyle to which traditionalists cling with stubborn pride. Throw in a dose of history and you have an idea of what awaits visitors to Myrtle Beach and the Grand Strand.

For more information about Myrtle Beach and the Grand Strand, log onto visitmyrtlebeach.com or call 800-356-3016. 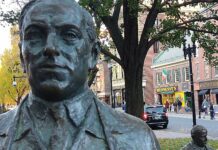