He has always been musical, but never expected to be a composer. It turns out that it’s a perfect fit.

Growing up on Long Island, Phillips started taking piano lessons at the age of four. He earned a baseball scholarship to Brandeis University where he majored in English, and “minored” in a rock band called Symphony Road.

Phillips met his wife Jennie while performing with his band in Cambridge. Just shy of graduation, at the age of 20, Phillips dropped out of Brandeis, married Jennie, and hit the road with her and another band.

During those five years, “While everyone else in the band was hanging out, I was working on arrangements. By necessity, I learned how to stage all the parts,” he said.

Seeking some stability and a future, in 1977, Phillips and his wife came back to the Boston-area and bought a house in Westborough.

“We chose this town because it was near 495 and the Mass Pike. We opened Pandora’s box when we started renovating our house, and more than 40 years later, we’re still here,” he said.

In their early years in Westborough, Phillips and his wife, who plays the drums, supported themselves by playing in local venues.

Phillips break came when he played the Hammond Organ on a gospel recording at Intermedia Sound, a recording studio in Boston.

“I was working for an owner of the studio and a producer named Joe Spaulding. He liked my work, and so did a preacher who was in the control room. As time went by, Spaulding would find an artist, and I would do the arrangements, and play the keyboards,” said Phillips.

Eventually, he engineered the recording sessions, setting up microphones and mixers.

“I started to get projects myself, and took them to several studios,” he recalled. “The owner heard what I was doing and asked me if I could write for television. I said ‘Sure.’”

Phillips first project, in 1980, was for “Body Works,” a series that played on Boston’s WCVB, an ABC affiliate. Next came “Summer Solstice,” an one-hour television movie starring Henry Fonda and Myrna Loy.

Phillips has kept very busy composing over the years. He wrote the catchy theme for Antiques Roadshow years ago, and continues to write for the show.

He also enjoys composing for the PBS series, American Experience.

“My favorite episode is ‘Murder of a President’ about James Garfield. I knew nothing about him, and came to realize that he would have been a great president,” said Phillips.

In addition to his life of music, Phillips is an avid runner. Every day at 5 a.m. rain or shine, he logs in 6 to 7 miles with his running partner.

“I used to be a fast runner, and I’ve run in one marathon. Now I just run for health, and it’s fun,” he said.

Phillips says that he gets tunnel vision when he is composing, but themes do not come to him when he is running.

“I get into a zone when I compose. The film is always in front of me, starting with a rough cut, and all the way down to the final version. Some producers want the music to tell you how to feel, and others don’t,” he said.

Phillips is fond of a quote by Stanley Nelson, a world-class film producer with whom he works.

“He said, ‘The music should be like the wind at your back,’” Phillips said.

“You shouldn’t notice the music, but if it isn’t there, something is be missing,” he added. 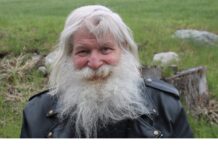 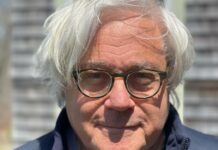 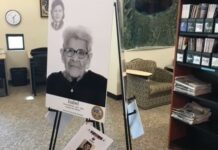 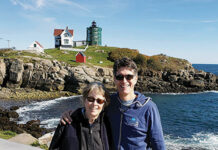 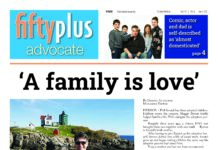