What does Massachusetts have against spouses? Judging by reactions on Beacon Hill, this is not a “spouse-friendly” state.

I have been on a campaign for years now, urging state lawmakers to add spouses to the list of family members who can be paid caregivers.  Under Medicaid rules, a person who wants to hire her aunt, uncle, niece, nephew, son, daughter, grandmother or grandfather—can pay them for personal care services at home. But not their husband or their wife.

Every year, we get close to passage, but there is always an excuse to killing the one sentence bill. It’s too expensive. It will open a flood gate to new people wanting care. We will lose federal matching dollars. Spouses will abuse their spouse. None of these things have come to pass in any of the 17 states that already allow spouses to be paid caregivers. Even the Veterans Administration is now allowing it. Massachusetts veterans returning from Iraq or Afghanistan can hire their spouse to provide their personal care. But our Medicaid program will not allow it.

The state Senate has passed a “spouse as caregiver” amendment to the budget at least twice in the past year. But the plan dies in the House. During a recent Senate budget debate, lawmakers added Outside Section 77A to the budget. It requires Medicaid to produce a feasibility report on the use of spouses as caregivers by December 1, 2016, and to develop an “implementation plan” for making it happen. The budget is now in a Conference Committee where the House will either agree to do the feasibility report, or it will signal that its mind is made up, and it doesn’t want to be confused by the facts.

Here are the facts:

Please take this column, clip it out, and send it to: Speaker Robert DeLeo, Room 356, State House, Boston, MA 02133. Tell the Speaker, “I want Outside Section 77A in the Senate budget to pass. I want to see the legislature pass ‘family friendly’ legislation, and stop treating our families like they don’t matter.”

Then, if you’re lucky enough to have a spouse, give them a hug, tell them about the letter you sent today, and tell them you love them.

Al Norman is the executive director of Mass Home Care. He can be reached at info@masshomecare.org or at 978-502-3794. 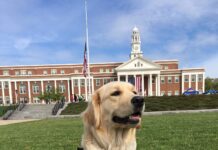