Acute bronchitis is a very common diagnosis especially at the height of cough and cold season. It consists of an abrupt onset of lower respiratory tract infection and is distinguished from a cold because of a few unique characteristics. It is a lower respiratory tract infection as opposed to a head cold. It produces a cough that persists rather than dissipates throughout the course of the illness. Annually, 5 percent of the general population in the United States develops acute bronchitis. It is most common in the fall and winter months. 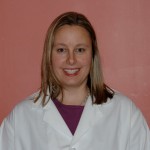 The cough can produce sputum, chest pain occurs on occasion, and wheezing is also a possibility. There may be significant mucus production or it could be mostly dry. Usually the cough is worse at night and with exercise. Cold air and talking can also trigger the cough spasms. The cough can last longer than two weeks in 50 percent of patients and more than four weeks in 25 percent.

Other causes of prolonged cough include post nasal drip, pneumonia and asthma.

Treatments are aimed at symptom reduction since most bronchitis is caused by viruses for which there is no treatment. Cough suppressants can be helpful as the cough can be worse at night and prevent sleep. Over the counter cough suppressants are limited in their efficacy.

Honey is shown to be as equally effective as many of the over the counter cough medications. If symptoms are more severe, occasional bronchodilators are needed. These are prescription inhalers typically used for asthma. If symptoms have progressed and inflammation of the airways is now the main culprit causing the cough, steroid inhalers or even oral steroids may be necessary for treatment. Sometimes running a humidifier at night may be helpful as humidified air may be easier to breathe.

Complications from acute bronchitis are rare. Occasionally pneumonia can develop. This usually presents the infected with fever, shortness of breath and a change in the pattern of coughing. Often a chest x-ray is used to help make the distinction between bronchitis and pneumonia.

Acute bronchitis is mostly a viral infection that leads to a prolonged cough. Occasionally people develop asthma-like reactions, which contribute to the prolonged cough. This does not necessarily mean the patient has developed asthma but the treatments are similar.

Dr. Roxanne Latimer is the lead physician at Doctors Express in Natick, a seven-day walk-in urgent care center. She can be reached at 508-650-6208. Visit their website, www.doctorsexpress.com/FraminghamNatick/about. Archives of articles from previous issues can be read at www.fiftyplusadvocate.com