Loss of muscle strength, speed and dexterity is a common consequence of aging and a well-established risk factor for death, disability and dementia. Yet, little is known about how and why motor decline occurs when it is not a symptom of disease. Now, researchers at Rush University Medical Center have found that, among the elderly, less frequent participation in social activities is associated with a more rapid decline in motor function

“It’s not just running around the track that is good for you,” said Dr. Aron Buchman, associate professor of neurological sciences at Rush University Medical Center. “Our findings suggest that engaging in social activities may also be protective against loss of motor abilities.

“If the causal relationship is confirmed by others, the implications are enormous for interventions that can help the elderly. Our data raise the possibility that we can slow motor decline and possibly delay its adverse health outcomes by supporting social engagement — a relatively low-cost solution to a very large public health problem.”

The researchers recruited 906 older individuals from retirement facilities, subsidized housing complexes, church groups and social service agencies in northeastern Illinois who had no signs of dementia or history of Parkinson’s disease or stroke.

The researchers then annually assessed the participants’ basic motor function, including muscle strength in the arms and legs and motor performance, including walking and balance. Participants were followed for an average of five years.

The study found that motor decline was more rapid in those who less frequently participated in social activities, with each one-point decrease in a participant’s social activity associated with an approximate 33-percent more rapid rate of decline.

A one-point decrease on the social activity scale was equivalent to being approximately five years older at the start of the study, according to Buchman. — Newswise 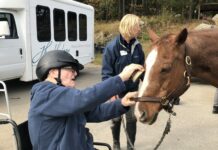 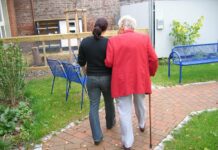