I didn’t mind finding a hamburger roll in my white bird bath, or a banana slice, raisin bread, or chokecherry pits. The cooked chicken, noodles, cheese wrapper, and the buttered bagel didn’t bother me much.  But when I began to fish small-creature body parts out of the water, I did feel just a bit squeamish.

One of the crows in our neighborhood had discovered – what?  That food tastes better when wet? Or is more healthful when freshly washed? Or that snacks under water don’t attract flies?

And here was a perfect source of clean water, conveniently serviced by a human who scrubbed the birdbath daily and filled it with fresh water.

This all started the day I pulled what I thought was a large brown rag out of the birdbath. Mystified as to how it got there, I tossed the soggy mess on a nearby rock to dry. When I looked out the window later, the rag was back in the water and a crow was picking at it. When I inspected the rag the next day, I realized it was the skin and fur of a squirrel.

I understood what was expected of me. When I cleaned the birdbath, I removed the “rag,” then carefully replaced it, covering it with fresh water. Eventually, it disappeared.

On other days, I found bits of raw meat and fur, a mole skin (not the kind hikers wear to prevent blisters, but the kind that once held a mole), half a woodpecker beak with flesh and feathers attached. Each time, I carefully removed these from the dirty water, then replaced them.

I watched a crow (same crow?) dunk grubs in the water to get the dirt off before devouring them.

Crows are clever and intelligent, so clever that as their favorite habitats – farmlands and open fields – disappear thanks to human expansion or reforestation, they’ve learned to tuck themselves in around us. They apparently view humans as a natural resource; furthermore, we are a creature that can be trained, as I was trained to store crow snacks in clean water.

I wash food packaging that goes into the trash; crows are adept at pecking into trash bags for interesting leftovers. Humans provide carefully tended lawns that appeal to grubs, which in turn appeal to crows. Humans on highways carelessly provide roadside snacks. Crows understand that even an 18-wheeler is no threat to them if they stay in the breakdown lane. Cars whiz past and they don’t flinch.  But if they’re on the wrong side of that solid line, they scoot out of the way as a car approaches.

On a corner of my driveway – I call it Crow Corner – I leave treats for my local crow family, usually cat kibble. I don’t offer something every day, but apparently often enough that the crows recognize me.

One afternoon as I returned from my walk, I noticed a crow perched on the oak tree at the corner of the driveway. It was obviously watching me. By the time I reached the house, it had swooped ahead of me and was perched on another oak, still watching.

“Alright,” I said, “I’ll get you a treat,” and I went in the house. I expected it to be gone when I returned, but it still sat, watching. I dropped the kibble at Crow Corner. As I returned to the house, it glided into the Corner.

I am well trained.

We did it for Grandma (fiftyplusadvocate.com)

A guilty pleasure, but I don’t feel guilty (fiftyplusadvocate.com) 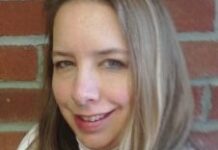