Renowned medical ethicist and prolific author Dr. Arthur Caplan told Fifty Plus Advocate, “I don’t trust masks. Vaccination is the only solution.” Throughout the pandemic, as a regular guest on WGBH’s Boston Public Radio show, Caplan has had a lot to say about COVID-19. He has also been featured on major radio stations, network and cable television channels, and print. Caplan also co-edited a 2017 book, “Vaccination Ethics and Policy.”

Caplan was raised in Framingham along with his two sisters, one of whom still lives there. Sadly, in April 2020, his mother, Natalie Caplan, succumbed from complications of COVID-19. Caplan said on Twitter, “Mom – 96 died tonight in her nursing home in Framingham from covid-19. Over half the deaths in Massachusetts are in nursing homes.”

Mom mom 96 died tonite In her nursing home in framingham from covid19. Over half the deaths in Massachusetts are in nursing homes

After graduating from Brandeis University in Waltham, Caplan earned two master’s degrees and a Ph.D. from Columbia University. He launched his long, productive career at the University of Pennsylvania. Caplan is the founder and is now the head of the Division of Medical Ethics at New York University’s (NYU) Langone Health and the Drs. William F. and Virginia Connolly Mitty Professor at NYU’s Grossman School of Medicine.

He has received numerous awards, including the Lifetime Achievement Award from the American Society of Bioethics and The Humanities in 2016. Caplan is the author of over 850 articles on a wide variety of topics relating to ethics, including many on COVID-19. 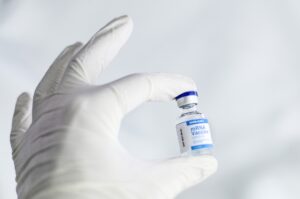 In the current environment, where despite the high vaccination rate in Massachusetts, residents who are unvaccinated face a significant threat from the highly infectious, more serious Delta variant, Caplan stated bluntly, “We must push mandates.”

Caplan referred Fifty Plus Advocate to a recent television interview he gave for further detail on his current viewpoint on vaccine mandates.

“We have been worrying too much about the rights, if you will, of the unvaccinated,” Caplan told MSNBC. “We’ve got to start focusing on protection of people who are going to get sick, or ill, or die.”

Caplan sees it as a moral imperative. “Morally the right thing to do now is to push for the mandates. It doesn’t mean you have to get vaccinated, but it does mean your freedom, your liberty is going to be restricted if you still pose a risk to other people. So, it’s got to be, vaccinate, frequent testing, masking, or you’re going to lose a lot of your job opportunities and going to lose your freedom to go where you want.”

The FDA, Caplan believes, has the power to authorize mandates now.  “I think that it is within the FDA’s authority to rewrite the emergency use and say it’s time to permit mandates. They issued the regulation. They’re sitting on the data,” he added. “They could just step in and say that those of you who are still hesitant for legal reasons or whatever reasons to mandate something under emergency use. We as the FDA are ready to say go ahead and do that. I think that would really help.”

Caplan explained that people who have been vaccinated already have the proof that they can provide. The United States doesn’t necessarily have to implement a digital health pass, the way European countries like France and Italy have. “You are going to have something on your (phone) – I have been telling people for a long time ― take a picture of your CDC vaccine card,” he explained. “Use that to show to people; you will probably show that with your driver’s license. They have been trying this at concerts. I think that we are going to get start to get used to this. It seems a little alien now,” he admitted, “to show proof of vaccination for entry. But I think it’s going to become a lot more common.”

Role of the private sector