Billerica – The first thing Tony DiLuna would ask prospective teachers is if they really like kids, “because if they don’t or get annoyed by them, teaching is not the job for them.”

Although DiLuna now works in an administrative role, he still manages to get in the classroom from time to time and looks back fondly on his 13 years as a science teacher in Woburn, his hometown.

Last October, DiLuna was inducted into the Massachusetts Hall of Fame for Science Educators. The honor was presented by the state’s Science Education Leadership Association (MSELA).

That’s not bad for a person who never intended to become a teacher.

After receiving a master’s degree in toxicology and a doctorate in entomology from the University of Kentucky, DiLuna worked as a senior scientist at Serono Reproductive Biology Institute for about a year.

“My plan was to be a lab bench scientist,” he recalled. “But I really didn’t like it so I wasn’t sure what to do at that point.”

Fortunately for DiLuna, his former eighth grade teacher, (later) an administrator in Woburn Public Schools, suggested that he try substitute teaching for a year.

“I loved it because every day is different. I’m a people-oriented person and education puts you in contact with students, parents, colleagues… And I got to teach science,” he said. “It’s better than being locked away in a lab. The kids keep you young.”

DiLuna earned a master’s degree in teaching from Salem State and a doctorate of education in math science education from the University of Massachusetts Lowell.

He taught primarily biology and chemistry in grades 10 and 11 as well as courses in forensics and physics.

“When you are with students every day, they make you think about things and discover things that you normally wouldn’t–like bands or movies that they’re talking about,” DiLuna said.

And although trends and clothes change over the years, DiLuna believes that students are more or less the same whatever the decade.

“Sometimes, a particular student will remind me of another from 15 years before. They will amaze and disappoint you…They are what they are. The important thing is not to let them be adults, let them be kids,” he said.

Eight years ago, DiLuna moved on to the position of curriculum coordinator for STEM in Billerica Public Schools.

He noted that his job puts him more in contact with teachers than students as they work on aligning curriculum with state standards and ensuring that educators have the tools that they need to bring about success in the classroom.

“I do a lot of observing in classrooms,” DiLuna said. “I tend to chime in a lot because that’s how I am.”

Being a coordinator allows him to have “greater impact,” while still staying in the sciences. He finds his work rewarding.

“It’s a lot of fun,” he said of the educator profession in general. “You can’t go into this thinking you’ll make a lot of money or be highly exalted. But, for me, it has been a great way to spend 20 years.”

Hall of Fame President James Perry said that it was an easy decision to select DiLuna for the honor.

They worked together as part of an assessment development team for the Department of Education for many years, Perry said. The team edited and developed questions for the MCAS tests in chemistry and biology.

“I’m impressed because Tony is all about fairness for students and I’m of a similar mind,” Perry said. “(We) wanted to make sure the questions were accessible not to just the top students, but for all students who study across high schools in the state.”

They also collaborated when DiLuna hired him to meet with the person who was creating portfolios, alternatives to MCAS, to make sure they were acceptable.

“He bends over backwards to support his teachers,” Perry added. “He’s also committed to students and a really honest and fair guy.” 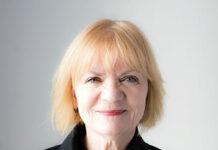