Southborough – After raising her four children, Sue Wambolt pursued a number of things, including writing many features for the Community Advocate. As her children married and started their own families, she was thrilled as her family’s next generation quickly grew. Currently there are nine grandchildren age 6 and under, including two who were just born this summer.

“I love it!” she said. “It’s crazy sometimes and my house is always a mess now, but I love it.”

Although Wambolt had stepped away from writing in order to be there for her family, it was a passion she knew she wanted to turn back to at some point. Earlier this year, she decided the time was right. But it wasn’t journalism she was returning to – instead, it was a children’s book, “Pete the Hungry Pig,” that she had actually started over 26 years ago.

The book is a charming tale of a small country farm, Hollerbrook Farm, run by old “Owen McShiver,” and his various farm animals, especially the voracious pig, Pete, who gets an especially good ending.

Wambolt said that her nine little grandchildren are indeed the inspiration for the book being completed now – it is a gift she has written for them. But this book is really a gift for her older children and, in a way, to herself, as the book completes its long journey to publication.

She had finished the manuscript in 1993 and set it aside, not quite sure what she would do with it next. But then a series of tragedies left her world rocking. She lost a baby in her third trimester, her mother passed away at age 59, and then the family lost their home in a fire.

As Wambolt wrote on her website, “It was a tough year and ‘Pete the Hungry Pig’ was lost in the shuffle – literally. For many, many years it was forgotten about as another baby entered our family and life with four little children was very busy.”

Her oldest child, Mark, knowing how much “Pete” had meant to her, urged her to try to recreate the story.

Then last year, she had a stroke of great luck. Cleaning out an old file cabinet, there it was – the lost manuscript, intact.

“I couldn’t believe it,” she said. “I knew it was a sign that it was time to finally finish this.”

Wambolt first spent some time reworking the story before collaborating with the talented illustrator Havilah Racette, a cousin of one of her daughter-in-laws.

The result is a delightful and beautifully illustrated hard cover book that will appeal to boys and girls ages 3-8, Wambolt said. Her own personal research group – the grandkids – have all given it “a thumbs up.”

“I am really so excited to be able to have kids read this story,” she said. “I hope they will enjoy it and be inspired to use their imaginations.”

Wambolt will be signing copies of “Pete” at various events this fall, including Tatnuck Bookseller in Westborough, Sunday, Oct. 13, from 1-3 p.m. Visit http://petethehungrypig.com and on Facebook for more information.

Girls Inc. of Worcester CEO inspires young women by example to be ‘strong, smart and bold’ 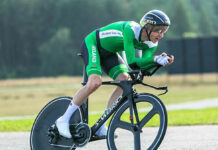 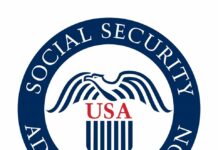 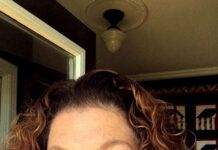