Shrewsbury – By her own admission, Magdalena Margelony doesn’t “do well on tests.”  But recently she overcame her fears and passed the biggest test of her life, not achieving As or Bs but a much bigger prize – her United States citizenship.

Margelony was born on Jan. 29, 1935, in Glattbach, Germany, just prior to the start of World War II. At age 23, she immigrated to the United States, with her husband, Peter, who she met while he was serving in the U.S. Army in Germany.

The couple first lived in Fort Benning, Ga. Peter was offered an opportunity to serve in the Korean War but because Margelony was not a citizen they did not go. Instead, they went back and forth to Germany on several deployments. That is where their three children were born – daughters Cyndee and Theresa and son Robert.

The family returned to the United States and settled in Shrewsbury. Peter was an ROTC instructor first at the University of Mass. – Amherst and then at Worcester Polytechnic Institute. Margelony was a seamstress at R.J. Toomey where she made ecclesiastical apparel, retiring from that position several years ago.

Recalling her past, Margelony was visibly emotional as she stated that she had never told anyone that she was not a U.S. citizen. When she finally did, she said most were surprised.

“I never told anybody because I felt very American, more American than I felt German…I go to Germany a lot but I never say I’m ‘going home’ because this is my home,” she said.

Margelony said her fear of having to pass the necessary 100 questions on a citizenship test had held her back from trying. Then her granddaughter told her information that changed everything.

“She said, ‘Oma – they have this thing that if you are 65 or older and you are here for 20 years you can make your citizenship and you only need to know 20 questions,” she recalled.

“We applied for her citizenship in January and then we went to Revere for her to be finger printed and that took a while,” Plude said. “She then she got a letter about a hearing and she had to go to Lawrence for that.  From the time that she applied to when she had her hearing was about six months.”

Margelony is travelling back to Germany in September, this time with a U.S. passport.

When asked what her plans are now that she is an official citizen, Plude asked her mother, “What is the one thing you can do now that you couldn’t before?”

“I can vote!” Margelony enthusiastically replied. “I haven’t registered yet, but I’m going too!”

Girls Inc. of Worcester CEO inspires young women by example to be ‘strong, smart and bold’ 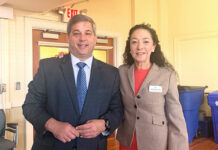 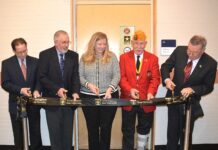 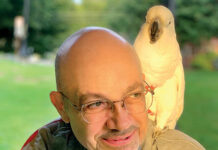 The bird whisperer of Hudson 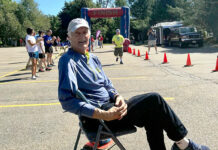 Founder of nonprofit looks back on races run and donations earned