Framingham resident Alan Feldman juggled his career as an English professor at Framingham State University with his avocation as a poet for decades. While he’s now officially retired from college teaching, he’s still actively guiding the next generation of local writers as they strive to find their poetic voice.

Feldman leads a weekly poetry workshop at the Framingham Public Library from autumn to spring, and then he guides another group of poets at a workshop he offers at the Wellfleet library on Cape Cod, where he has summered for many years.

His poetry has appeared in many magazines over the years, including The Atlantic, The New Yorker, The Nation, and Poetry. He has also published four award-winning collections of poems, and his work is represented in a number of anthologies, including two editions of The Best American Poetry. He has been awarded fellowships in poetry by The National Endowment for the Arts and the Massachusetts Artists Foundation.

“I began teaching these free, drop-in workshops right after I retired from full-time teaching, in the summer of 2008, when my friend Tony Hoagland suggested that we do it,” Feldman explained. “We were scheduled to teach a paid workshop at Truro Center for the Arts at Castle Hill, but Tony, who lived in Wellfleet for part of the year, thought the cost to the students was too high for some people in the community to afford. We wanted to make the workshop available to all, so we moved the workshop to the Wellfleet library and offered it for free.”

“I found teaching for free was liberating for me, as well,” he observed. “People could come or not, and I felt—maybe absurdly—that if they weren’t paying anything I wasn’t responsible for their morale, and I could tell them the simple truth about their work. We offered the workshop together for a couple of summers, and I began to see it was good for my own writing, and so I introduced the workshop to the Framingham library during the regular school year.”

Feldman noted that he’s taught poetry workshops to a wide audience, from elementary and middle and high school students to adults in many settings, including libraries, arts centers, and even on a cruise ship from time to time, when his wife, who is a painter, was working on the ship teaching art.

“The benefit to me,” of teaching free poetry workshops, Feldman asserted, “has been to focus me on writing each week, whether I thought I had anything to write about or not.”

Joel Moskowitz of Sudbury is a long-time attendee at Feldman’s workshop in Framingham.

“I like Alan’s nuts and bolts approach to teaching poetry,”  he said. “He really gets into the gritty details of how a poem works, or doesn’t.”

“It’s a continuing source of indispensable inspiration and feedback that I’m afraid to miss,” said Henry Stimpson of Wayland, another regular at the Framingham workshop. “I’ve probably written 10 times as many poems and betters ones than I would have otherwise, in the last eight years.”

“I write poems because, for some reason, I need to,” Feldman concluded, when asked why he writes and teaches others how to write poetry. “They coalesce all the stuff in my head that is my life’s raw material, and save it, if they succeed, so there’s some of my life, in words, standing on its own for others to share.” 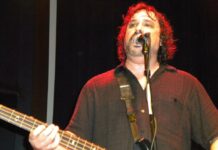