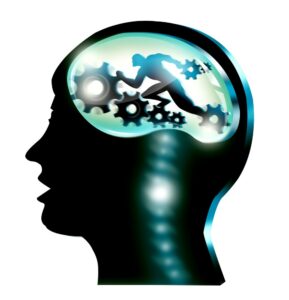 Prevention is only available “treatment” for the mind robbing diseases of cognitive decline and dementia. Prevention of dementia is just as important as preventing other common chronic conditions that come with aging such as heart disease, diabetes and cancer. But how? Like these other chronic diseases, regular physical activity plays a key role in preventing the mind from deteriorating.

The mind is a terrible thing to waste; and abides faithfully by the rule of “use it or lose it”. Many studies have produced reliable data indicating that regular physical activity can help to decrease the risk of cognitive decline. Specifically, aerobic exercise (exercise that increases your heart rate) in middle-aged or older adults have reported significant improvements in thinking and memory, and reduced rates of dementia.

One particular study looked at health behaviors of over 2,000 men in Wales, and followed them for 35 years. Of the five behaviors that were assessed (regular exercise, not smoking, moderate alcohol intake, healthy body weight and healthy diet), exercise had the greatest effect in terms of reducing dementia risk. Overall, people who followed four or five of the above behaviors were up to 60 percent less likely to develop dementia.

A recent literature review detailed that 26 out of 27 studies noted a clear link between physical activity levels and cognitive performance in people over 60 years young, suggesting that exercise might be a truly effective way to reduce cognitive decline in later life.

Note – when referring to “aerobic exercise” it is intended to mean exercise for a sustained period of time, perhaps 20–30 minutes, done several times a week and maintained for at least a year. However, physical exercise does not just mean playing a sport or running. It can also mean a daily activity such as brisk walking, cleaning or gardening. One study found that the risk of Alzheimer’s disease can be reduced by daily physical tasks such as cooking and washing up.

It is also not surprising that people living with untreated hearing loss are less likely to be physically active – as the effects of social isolation begin to impact daily life. Thus, the increased risk of developing dementia with untreated hearing loss, along with decreased levels of physical activity, are threatening the mental capabilities of all older adults in our communities.

Regular physical exercise is an important part of a healthy lifestyle and can help to maintain wellbeing – both physically and mentally. Physical activity creates valuable opportunities to socialize with others, and can help improve and maintain a person’s independence. Engaging in physical activities can also improve self-esteem and mood, which in turn encourages more social engagement that may also contribute to wellbeing.

To learn more about reducing your risk of developing cognitive decline and dementia, read the full reports on www.DrDarrowReports.com, call 508-794-3542 or visit hearingandbalancene.com.