Who was the hangman?

Marilynne Roach might know more about the Salem witch trials than anyone else. After 27 years of meticulous research, writing and rewriting, her first book on the subject, “The Salem Witch Trials: A Day-by-Day Chronicle of a Community Under Siege” was published in 2002. A children’s book, a guide, and in 2014, “Six Women of Salem: The Untold Story of the Accused and Their Accusers in the Salem Witch Trials,” followed.

Roach, who has lived in Watertown her whole life, has had a longtime interest in the Salem witch trials. But reading a guidebook by Salem’s Bicentennial Committee really sparked her interest, and motived her to take a train to that city — she doesn’t drive.

“It was a perfect day in spring, and the Federal district was gorgeous… I did find that some presentations contradicted what I had read, and I thought that there might be a book in this,” she said.

Roach had already written and illustrated several children’s book. She is a 1968 graduate of the Massachusetts College of Art, and has mostly worked as a freelance illustrator and writer.

“Early on in my research, I decided to write a manuscript on the trials based on available public sources. I sent it around, and it was rejected,” said Roach.

Then she discovered the Massachusetts Archives in Dorchester, which she called “a treasure trove.”

For years, Roach studied what seemed to her like miles of microfilm, and took detailed notes. She also viewed and analyzed original manuscripts at the Essex Institute in Salem, which is now the Peabody Essex Museum.

Roach set the scene for the time of the trials.

“When the French and Indian War was raging and England’s control over the Massachusetts legal system waxed and waned, from Maine to New York, a sense of panic had set in. The settlers around Salem believed that almost 200 of their neighbors were witches, using their specters or evil spirits to harm others.”

According to Roach, from late 1691 to 1693, 164 people suspected of being witches were involved in the court system, 52 went to trial, and 30 were found guilty. Nineteen of the 30 people were hanged in front of big crowds in Salem.

Describing the accusations, Roach said, “At the time, someone might see a cartload of wood fall apart or feel an invisible presence. The accusers — the bewitched or afflicted — accused others, the supposed witches of evil acts… Some of those who were accused were older women with no families, but others were men and women who had families.”

“There is no connection between Salem’s supposed witches and modern day Witches and Wiccans,” she added. “None of them considered themselves to be witches.”

Roach noted that in 1697, as an apology for the trials, there was a fast for a period of time among the general public in Massachusetts.

“People then saw the panic as the devil’s delusion. In 1711, after several petitions, the guilty verdicts of 22 of those who had been condemned were reversed, but not all the condemned names were in the petitions. In 1712, reparations were made to those who suffered as a result of the trials,” she said.

“In 2001, Governor Jane Swift passed an act to restore the remaining names. Unfortunately, it was done on Halloween,” Roach noted.

The Salem Witch Trials remain a strange and sad footnote in American history. Roach’s research continues. She is now writing a book on six men from the witch trials.

Much to her dismay, there is one piece of information that she has not been able to uncover: Who was the hangman?

“He must have been paid before the hanging. I can’t find a bill. But I do know that he smoked. When Samuel Wardwell was hanged in 1692, he choked on the hangman’s smoke when trying to say his last words. I wish I could find the hangman’s name,” she said.

For more on Roach and her work, visit marilynnekroach.com. 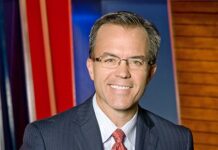 A melted candy bar brought the world the microwave oven

The Grammy and Granddaughter Book Club

It’s never been more important or easier to create or update...