North Grafton – Sunlight pours through the windows of the Nicholas Gage’s writing studio in North Grafton. A bookshelf with ionic columns runs along one wall. Behind his cluttered desk, photos are displayed on another. In one, from 1963, President John F. Kennedy stands next to a youthful Gage, who had won the Hearst Award for the best published article by a college student.

“I came to America from a remote Greek village. I hadn’t seen an automobile, electric lights or an ocean,” Gage recalled. “I came to the U.S. not knowing a word of English. Twelve years later, I got an award from the president. In what other country can that happen?”

A lot more has happened. Gage has written seven books, been a highly successful investigative reporter for the New York Times and the Wall Street Journal, a foreign correspondent for the New York Times, and was an executive producer and contributor to the script of the movie, “Godfather, Part III.”

This afternoon, Gage stands, and sometimes sits in his office, reflecting on his life and his work ahead. He is now 77 and married for many years to his wife, Joan, also a writer, with whom he has three children. Today, he chooses not to speak about his difficult early years in Greece. They have been documented in his international best-selling book, “Eleni.”

Before Gage’s birth in 1939, between World War II and the Greek civil war, Gage’s father, Christos, immigrated to Worcester, hoping to lay the groundwork for a better life for his family. He left behind his wife, Eleni, and children, who faced intense hardship. Things grew worse when communist guerillas overtook their village, kidnapping children; turning them into soldiers or sending them to Communist indoctrination camps in the Soviet Union.

Planned in part by their mother, Gage, then 9, escaped the village with three of his four sisters and many other children. Soon after, the guerrillas tortured and executed his mother, who they had called “Americana.” He later discovered that her last words were, “My children.”

Gage and his sisters arrived in Worcester in 1949, to join their father. It was the first time Gage and father met each other.

“Something that looks like a tragic setback turns out to be a blessing,” he commented.

Initially placed in a class for learning-disabled students, Gage quickly mastered English, both spoken and written. He earned a reputation as an excellent writer for his school newspapers, and eventually, before college, the Worcester Gazette.

“I was the first Greek person who she ever met,” he said.

With regard to his career at the New York Times and the Wall Street Journal, Gage reflected, “When you are a reporter, you don’t have subpoena power, you can’t pay for information, you can’t threaten, you are only armed with your wits.”

In his reporting, he exposed bribery charges against Vice President Spiro Agnew, who ultimately resigned in 1973. Gage was the first to hear some of the Nixon tapes during the Watergate scandal. His investigations of the Mafia led to front-page scoops, and his two books: “The Mafia Is Not an Equal Opportunity Employer,” and “Mafia U.S.A.” Gage travelled through Latin America, exposing drug lords and deals.

“My stories brought down ministers and governments,” he said.

In the back of his mind, there was always his mother, Eleni – her untold story, the unwritten book.

In 1980, Gage left the New York Times and travelled to Greece and Europe to find her killers and witnesses.

About his book, “Eleni,” Gage said, “I thought I’d sell 5,000 copies to my relatives and the Greek community. Then it became the main selection of the Book-of-the-Month Club, and it took off. The day after, an excerpt appeared in the New York Times Magazine, I received 20 movie offers.”

“Eleni” was made into a feature film starring Kate Nelligan and John Malkovich.

His next book, “A Place for Us,” chronicled his life as an immigrant, much of it in Worcester.

Now Gage and his wife are trying to find a movie producer for his book, “Greek Fire: The Story of Maria Callas and Aristotle Onassis.” They are collaborating on a magazine article. He is writing his memoir.

There is more work to be done. 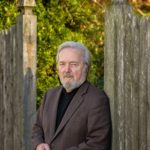 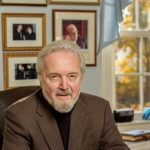