Barbara and Arthur Roberts of Holden have always had a sense of wanderlust. One day, after their kids had gone off to college, Barbara turned to her husband and said, “You know, they’re never coming back. Let’s sail around the world.” She was working for Cisco Systems at the time and Arthur had retired after a three-decade career with the United States Air Force. The dream, inspired partly by her having read The Kon-Tiki by Thor Heyerdah in high school and having seen a documentary on a woman who sailed solo across the Atlantic — was just that: a dream. Neither Roberts had prior sailing experience.

After Barbara retired at 55, they took five one-hour lessons given by the U.S. Coast Guard in San Francisco Bay. “And that,” she said, “was our training for sailing.” After spending year one of their retirement driving around the United States and Canada, they ended up stopping in Annapolis, where they noticed a sailboat for sale.

They bought it, named it “Badger” and had it put in the water. One problem — they had never sailed without guidance. “For two weeks, we were scared to death to leave the dock,” Barbara said. It hadn’t been a blind purchase — they had read plenty of books on what boat fit their needs as well as learned what they would need to know for their journey.

Eventually they mastered the wind, the water, reading the navigational charts and their own anxiety issues — and while they’ve yet to achieve their ultimate goal, they now spend their summers sailing around the ports of Europe.

Not everyone is so diligent in preparing for life’s next adventure.

“People don’t like to think ahead to their future years because it leads to thinking ahead to mortality — and nobody likes to think about that,” said Dorian Mintzer, a board certified retirement and money and relationship coach and co-author of The Couples Retirement Puzzle: 10 Must-Have Conversations for Transitioning to the Second Half of Life (Lincoln Street Press).

However, to best prepare for post-work and post-family-raising years together, it’s “the sooner the better” to at least begin the conversation about what’s important to you both as individuals and as a couple. One leading topic to discuss is where to spend the retirement years. “For some people, there’s just no question, they’re going to stay where they’re living,” Mintzer said. “And if their house is such that it can accommodate the needs of aging, that’s great.” She said some people who want to stay where they are will have to talk about whether they have the finances to do the renovations to make sure they can be in the house when maybe one or both of them can’t climb the stairs or similar situations.

One of the stereotypes of retirement is of couples wanting to spend more time with or to move closer to their children or grandchildren. Mintzer said that’s a conversation best had with all concerned parties because maybe not everyone has the same desires.

“If you’ve always lived close by, sometimes it doesn’t have to be an important conversation,” she said. “But for many people, particularly if they live further away and you’re thinking of moving closer to them, it’s very important to talk to your children — is this what they want and what are their expectations?

“You may be retiring and have a lot of interests you want to do and maybe your kids have this notion that you’re going to be the babysitter all the time. If you don’t have that conversation, it’s going to lead to some disappointments on both sides and some potentially hurt feelings.”

The same kind of conversation should be had with siblings, and, if they’re still alive, parents, not only in terms of where they would fit in your regular activities, but for end-of-life issues and wishes. “Talking gets you more intimate with each other — even if you don’t agree with each other. It’s so important and helpful if you can just appreciate what you’re hearing,” Mintzer said.

Then there’s the question of how you’re going to spend all the extra time together. If the wife has been a stay-at-home mom, she might feel the house is her domain and not want her husband hanging around all the time; similarly, women who’ve worked tend to be the more social of the two.

“Often when I do workshops and I ask what is your greatest concern, a woman’s hand will go up and she’ll say, ‘24/7 with my spouse.’ The worry is ‘I’m going to have to give up things that are important to me in order to entertain you.’”

Noting it’s a stereotype, but true in many instances, Mintzer said men retire thinking they’ll continue to see and share activities with the people they worked with. “Sometimes you do. There may be one or two people you do continue to see regularly, but sometimes when you’re not at the workplace all the time, friendships change.”

One way to potentially address filling some of that newly acquired time is to enroll in lifelong learning programs or adult education classes. “Generally, they’re not very expensive,” she said. “Even if you’ve never tried art or woodworking or cooking before, you can now.”

People who’ve been wrapped up in their work and little else might have to re-learn what their interests are. “Try to think back to when you were a kid — what were some things that you liked to do? What did you maybe like better than some other things — books or movies or hobbies?”

And, most importantly for couples that may not have shared many experiences during the work and child-rearing years and who suddenly find themselves with lots of time together, there might be a need to relearn enjoying things as a twosome again. There are many was to rekindle a relationship, Mintzer said. “It can be something as simple as taking a walk (that reminds you why you fell in love with each other in the first place).”

•Date nights, perhaps a movie or decide to devote a month taking turns doing things the other is interested in — dance lessons, bowling or playing golf together.

•Have another couple, neighbors, friends or relatives over for dinner or a potluck meal.

•Explore new things together. Most communities have newspapers with listings of area activities.

•Make new friends by going to a local coffeehouse or, as Mintzer has observed, a place like Au Bon Pain, where she sees a group of retired men get together on a regular basis.

When Arthur Roberts, now 75, and Barbara Roberts, 65, are not sailing, they spend most mornings at the Bean Counter in Worcester, where an always-expanding group of people of various ages gather over coffee to talk about large and small issues of the day, or provide a sympathetic ear to someone who needs to vent.

“I think it’s very, very important (to have a group like this),” Arthur Roberts said. “These people were not our friends (when we first came here); they became our friends.”

“It’s a lot like a British or Irish pub where the people know each other and drink coffee,” Barbara added.

Psychotherapist Tina B. Tessina (AKA “Dr. Romance”), author of Money, Sex and Kids: Stop Fighting about the Three Things That Can Ruin Your Marriage (Adams Media), said, “Retirement sounds great at the beginning, and feels good for a few weeks or months, but after a while it creates emotional stress and changes basic patterns in life and marriage, which can be a shock.”

Retirement can be frightening — especially if the lack of shared experiences due to work or other obligations causes you to wonder who that person you’re committed to spending the rest of your life is — but Tessina said it’s important to keep in mind that, if you’ve gotten this far, you’re doing very well. You’ve survived a lot together, so you can survive this, too.

“The problem is that people who’ve been together a while often don’t understand that maturity will require relationship changes,” Tessina said. “Handle this like all the other crises — talk about your feelings, your plans, your frustrations — and don’t forget to count your blessings.” And find ways to have fun doing things together.

If you miss being busy, Tessina suggests that you “evaluate your talents and skills, and see if you can ‘hire yourself out’ fixing friends’ computers, doing household repairs or catering meals to make some extra money while enjoying your favorite hobbies.

“Perhaps, you can ‘give back’ some of what you know by becoming a mentor or consultant,” she added. “Or, use your retirement income as the basis for starting that business you always wanted to try.”

Melanie Young, 55, and David Ransom, 50, divide their time between a house in New York’s Hudson Valley and a small New York City apartment. Both are self-employed professional writers learning to support themselves on a shrinking income. While both have retirement accounts, Young said they realize that retirement is a not a realistic option as neither of them has saved enough.

She had run a successful public relations and events business for 20 years when she was diagnosed with breast cancer at the age of 50 and closed her company. Young detailed her recovery in her recently published book, Getting Things Off My Chest: A Survivor’s Guide to Staying Fearless & Fabulous in the Face of Breast Cancer (Cedar Fort Inc.).

Ransom, an expert on wine and spirits, also produces events for The Connected Table, the couple’s marketing and events consultancy for wine, spirits, food and not-for-profit organizations.

They’re determined to devote their lives to helping others while exploring where they’d best like to settle in the years ahead. While they might not ever be able to fully retire — or want to (both their mothers are working well into their 80s) — they’re following a plan Young said other couples should find helpful as a guideline to trimming costs.

“We cook in rather than dine out,” Young said. “We watch movies at home. We both are passionate travelers, but we travel less and when we do, we travel on miles and points. We don’t buy a lot of things but we repurpose what we have, from clothes to equipment.”

They’ve also been selling whatever they no longer need or use on eBay and at garage sales and are starting to look into bartering goods.

“We took advantage of joining AARP, AAA and professional organizations that offer discounts or incentives, and we are more conscientious of store clubs offering discounts and we’re using coupons,” Young said.

While they may always be working to some extent, Ransom said, that doesn’t bother him. “I think the traditional concept of ‘retirement’ makes you grow old,” he said. 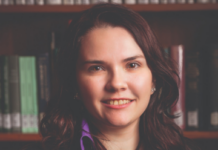