Moderate to high intensity strength training can improve the health of older adults as well as increase their strength, independence, vitality and quality of life.

Not long ago, such a statement by a health professional would have provoked skepticism, at the very least, and may have even raised liability issues. In fact, until recently, strengthening exercise for older adults — if prescribed at all — was performed with an abundance of caution and an emphasis on low intensity and low resistance. 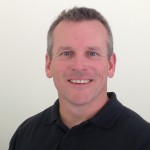 Even today, conventional wisdom often suggests that strengthening exercise is inappropriate and unsafe for older individuals. Lingering doubt, even disbelief, still exists in the minds of some clinicians, caregivers and even older adults themselves.

The reality however, is that several decades of research have consistently reported strengthening activity as safe and effective for older adults. It is perhaps the most underappreciated component of healthy, active aging. For many people, it is the key to maintaining independence and quality of life. A reduced ability to do things we took for granted in our youth is one of the most noticeable signs of aging for many individuals — getting out of chairs and cars, climbing stairs, walking confidently, playing with grandchildren, etc.

The fundamental reason for this decline is a loss of muscle strength. Body strength peaks in our 30s, and decreases by as much as 15 percent per decade up to 65, then up to 3 percent per year thereafter. Consequently, many people have lost up to 30 percent of their peak strength by their 60s. This rate of loss increases after 70. By the time you reach your 80s you may have lost as much as 80 percent of your peak strength!

This loss of muscle mass and strength is known as sarcopenia. It is often accompanied by other chronic conditions that exacerbate and accelerate loss of function. If nothing is done to stem this decline, aging adults experience an inevitable and inexorable slide toward loss of independence.

But, thankfully, this depressing reality does not need to be inevitable. We now know, unequivocally, that strength recovery can slow and even reverse such decline. An impressive volume of clinical research has been published in well-regarded medical and professional journals to confirm this. Recently, a study published in The Physician and Sports Medicine by a multidisciplinary team concluded: “The study contradicts the common observation that muscle mass and strength decline as a function of aging alone. Instead, these declines may signal the effect of chronic disuse rather than muscle aging. … This maintenance of muscle mass and strength may decrease or eliminate the falls, functional decline and loss of independence that are commonly seen in aging adults.”

Equally encouraging is the volume of evidence that strength recovery has a very beneficial effect on several of our most common and challenging chronic conditions such as osteoporosis, osteoarthritis, cardiovascular disease and diabetes.

So, what can the average aging adult conclude from these encouraging findings? They do not necessarily need to surrender to the ravages of aging. If they choose to, they can take ownership of their aging. And they should take encouragement from the knowledge that a focus on rebuilding their lost strength will measurably improve their health and total wellbeing.

Paul Reilly is the owner and managing director of ActiveRx – Westborough. He can be reached at 508-329-1163 or PReilly@ActiveRx.com or ActiveRx.com.