I once believed that feminism would solve all issues of inequality. But, that was when I was a young, idealistic college student in the 1970s.

Forty years later, I am wiser.

While things are much better for working women, bias still remains.

It’s true we have come a long way compared to 40 years ago when the pay gap was 56.6 percent, but in the last 10 years the wage disparity has remained stagnant.

While women have enjoyed progress in the workplace, traditional nurturing roles at home have changed little. Because women are often juggling work and family obligations, financial security in retirement suffers. Here are the facts: Women leave the workforce to raise children or care for a sick family member; there is a paucity of women in the highest-paid professions; and women typically earn lower wages than men.

According to the study “Juggling Current Priorities and Long-Term Security: Every Woman Needs Her Own Retirement Strategy,” 75 percent of women polled said they do not know as much as they should about retirement investing. The study, by Transamerica Center for Retirement, reveals that more than half of women do not have a retirement strategy, despite the fact that 56 percent of

women expect to self fund their retirement through 401(k)s, retire-
ment accounts or other savings and investments. While the study only looked at women, and similar problems may hold true in the general population, there are factors unique to women that put them in a more precarious situation.

Because women live longer than men, they need to save more for retirement to cover expenses ranging from cost of living to healthcare. So it is concerning that 56 percent of women answered they had “guessed” when asked about how they arrived at their retirement savings needs.

“There is a striking disconnect among women between how they envision their retirement and how they are preparing to realize that vision,” said Catherine Collinson, president of the Transamerica Center for Retirement Studies, which conducted the study. While more than half said they have some form of a retirement strategy, only 11 percent have it in writing. And, only 24 percent factored in costs associated with long-term care.

The center’s study sheds an alarming light on women’s attitudes and behaviors related to saving and planning for retirement.

The majority of women, 55 percent, are pre-occupied with paying off debt or focusing on basic living expenses, a behavior that men and women likely share in this weak economy. But, women are at a financial disadvantage to begin with, putting them more at risk in later years. Many women work only part-time because of other obligations, which means less money for savings and the likelihood that a part-time position doesn’t offer a retirement plan.

Though 53 percent of women plan to retire after age 65 or not at all, unforeseen circumstances could put the kibosh on a plan to work after traditional retirement age. A person could lose a job, get sick, or family issues could preclude working.

Family obligation is the fundamental reason women plan to continue working past retirement age. Twenty-six percent fear not being able to meet the financial needs of their family. Twenty-eight percent have taken time out of the workforce to act as caregiver for a child or aging parent — 73 percent of these caregivers believe that this time away will impact their ability to save for retirement. Thirty-one percent of the women interviewed reported they expect to provide financial support for a family member other than their spouse.

“Despite unique challenges that women face, there are important opportunities within reach that can help them improve their retirement outlook, such as getting savvy about saving and investing,” said Collinson.

Transamerica Center for Retirement offers the following points for women to follow to ensure retirement readiness:

•Develop a retirement strategy and write it down.

•Calculate your retirement savings needs — and save at a level to achieve those needs.

•Consider retirement benefits as part of your total compensation. If your employer doesn’t offer you a plan, ask for one.

•If your employer offers a plan, participate and defer as much income as you can.

•Get educated about retirement investing. Seek professional assistance if needed.

•Have a backup plan in the event you are unable to work up to your planned retirement.

•Talk about retirement with family and close friends. An open dialogue with trusted love ones about expectations of either needing to provide or receive financial support should be part of every woman’s retirement strategy.

As a young idealist 40 years ago, I, like many women of my generation, was most concerned about equal rights in the workplace. We thought we could do it all and, as it turns out, didn’t look at the future realistically. This study shows that family responsibilities still ended up taking priority.

We have made strides in terms of acceptance — though we still have a ways to go. Now the conversation should be how we can empower ourselves into old age. It will take individual perseverance. And as Collinson said, as a society, “we must equip women with the know-how to plan, save and ultimately achieve a secure retirement.” 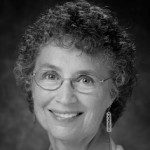 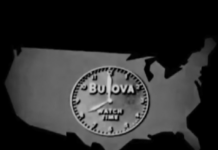