One million Massachusetts residents age 65 and over receive Social Security. While the average annual benefit of $14,200 is less than many people think, the fact is Social Security keeps more than 40 percent of Bay State seniors who receive it out of poverty.

For many of us, Social Security has become an economic lifeline. Seniors are living longer, and costs are rising for health care, medicine and utilities. Meanwhile, our interest rates on savings and home equity are shrinking. 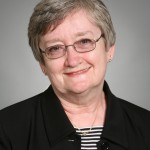 Social Security is also critically important for younger people who receive survivors or disability benefits from this program. My family knows this first-hand. When my son-in-law Chuck passed away suddenly five years ago, Social Security kept his family going. As the survivor of a deceased worker, his teenage son receives Social Security benefits — benefits that Chuck earned during his working life.

That’s why we all need to be vigilant and well-informed about attempts to cut our hard-earned Social Security benefits. Right now an innocuous sounding plan, the chained CPI, is circulating in Washington. Proponents describe it as simply a technical adjustment to better calculate the cost of living.

But in reality, this adjustment is a significant benefit cut. Over the course of a lifetime, the chained CPI would cost the average senior thousands of dollars. The cut would get deeper each year as we grow older.

A 92-year-old woman or man receiving Social Security would lose a full month’s worth of benefits. Is there anyone who thinks the typical 92-year-old has that kind of money to spare? Is this really the kind of priority we’re proud to set for our country?

Just last year, we heard from so many politicians who promised never to cut Social Security for today’s seniors. And yet the chained CPI shreds that promise, cutting benefits that current seniors have earned through a lifetime of hard work.

Supporters of the chained CPI portray it as a more accurate reading of the cost-of-living. That assessment reflects a profound misunderstanding of the real-life choices most seniors confront to make ends meet.

First of all, the current CPI does not even recognize that seniors spend more on health care, which grows faster than overall inflation. And second, the chained CPI assumes that when the cost of something you normally buy rises, you can simply switch to a lower-cost substitute.

If only life were that easy.

For most of us, it is not simply a matter of comparative shopping at the supermarket. We already choose lower cost options, and we also spend much of our money on basic goods such as health care and utilities that don’t have lower-cost substitutes.

Social Security is a self-financed program that provides earned benefits. It didn’t cause the deficit and it shouldn’t be cut to fix Washington’s budget problem.

The next time you hear an elected official in Washington talk about the great value of Social Security or how the middle class is the backbone of America, ask what that official’s view is on chained CPI. This is where the rhetoric meets the real-life record of those who represent us. We will be listening closely, and urging our members to make their voices heard to protect their hard-earned benefits.

Find out how much you would lose under the chained CPI plan. Visit aarp.org/whatyoulose.

Linda Fitzgerald is the volunteer state president of AARP Massachusetts, which represents more than 800,000 members age 50 and older in the Bay State. Connect with AARP Massachusetts online at www.aarp.org/ma; Like us at www.facebook.com/AARPMA and follow us on www.twitter.com/AARPMA.