REGION – Inflation news is almost always grim. But I bonds, a low-risk investment that flies under the radar for many people, provides an opportunity in which high inflation is a positive thing.

On Monday, May 1, I bonds were responsible for a rare good news inflation story. On that day, it was announced that I bonds would deliver a record 9.62% interest for the next six months. That was not a surprise to the founder of a Lexington-based financial advisory firm. He had not only recommended that his clients purchase I bonds several months before, he had brought it even closer to home by suggesting it for his own 92-year-old father.

He is George Gagliardi, founder of Coromandel Wealth Management, a financial advisor and certified financial planner.

How I bonds work

Gagliardi has been repeatedly quoted in the media since I bonds in recent months have been identified as something of a Superman to help meet the growing concerns of continuing inflation. And not that he has praised them without reservations.

Among their downsides is that you can’t redeem them for at least one year. And if you cash them in within five years, you will lose the previous three months of interest directly before the sale, he has repeatedly said.

“I think it’s decent, but just like anything else, nothing is free,” he said of those drawbacks.

Gagliardi recommended the government issued bonds, technically known as Series I savings bonds, to his clients back in March in his quarterly letter to them. They can’t be purchased through a brokerage account, hence why brokerage companies don’t talk much about I bonds. You have to buy them directly from the U.S Treasury Department website at https://www.treasurydirect.gov/.

As for his father, “He was looking for yield, and these have the additional benefit of safety,” he said. He had not recommended them in the past because inflation was not an issue before the later part of the year. “And with low overall interest rates and low inflation, they weren’t paying all that much,” he said.

“I bond rates consist of a fixed base rate, currently 0%, and an inflation rate that changes every 6 months,” Gagliardi explained. “I bonds have very little risk because they are backed by the US Treasury, so really the only risk is currency risk (the value of the US dollar vs. other global currencies).”

Who should buy them?

So is this an obvious case where most people of various circumstances and situations might want to buy the bonds, particularly during these times of escalating inflation?  “An I bond is not for short-term cash because it has limited liquidity,” said Gagliardi. “You have to hold it for a year, after which you can sell it back to the US Treasury though you would forego three months’ worth of interest payments.”

What impact do I bonds have on seniors coping with inflation? “Given that one can only purchase $10,000 worth of I bonds a year ($20,000 for a couple), there is a limit as to how much they can help seniors combat inflation,” Gagliardi noted. “For mid-term cash, they are a good investment. For example, if a couple is using what is known as the ‘Bucket System’ for managing their retirement funds – money needed in the next one to three years in very low volatility assets, three to eight years in low to moderate volatility, and beyond eight years in higher volatility (such as stocks) – I-bonds work well in the first and second ‘buckets.’”

While I bonds are not a total answer to inflation, they can play a role in at least reducing it or helping to solve it. “I bonds give you the ability to at least have a portion of your low-risk assets keep up with inflation,” said Gagliardi, “certainly better than money market funds or savings accounts these days. Right now, you get low risk and high returns, but it is unlikely to persist. A lot depends upon what the Fed does or doesn’t do.”

Are I bonds really, as some people say, nearly risk-free? “As long as the US dollar stays strong relative to other currencies and the US government doesn’t default on its debt, they are as close to risk free as you can get, Gagliardi affirmed. “There is risk in any asset, and with I bonds there is some interest rate risk, but that’s about it. They are a good investment for a small portion of your portfolio, at least right now.”

Should you convert to a Roth IRA? (fiftyplusadvocate.com)

What happens to your debt when you die? (fiftyplusadvocate.com) 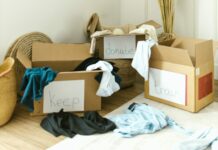