Region – Aduhelm, the Alzheimer’s disease treatment approved last summer by the Food and Drug Administration (FDA), has run into a roadblock due to a recent decision by another federal government agency.

The Centers for Medicare and Medicaid Services (CMS) announced it will limit coverage of the treatment, but not just to the early-stage sufferers the medication targets. To be eligible for coverage, patients will need to be enrolled in a clinical trial supported by the National Institutes of Health (NIH). The estimated cost of the treatment is $28,000 per year.

After an initial flurry of excitement over the potential of the medication, issues began to arise over how safe and effective Aduhelm would be, as reported in the August 2021 issue of the Fifty Plus Advocate. Aduhelm is offered by the Cambridge-based biotechnology company Biogen.

Shares of Biogen dropped the day after the coverage limitation announcement by the CMS.

“Generally, an intervention is not reasonable and necessary if its risks outweigh its benefits,” said the CMS at the conclusion of its decision summary. “Based on the analysis of the strength of the evidence, CMS assesses the relative magnitude of an intervention or technology’s benefits and risk of harm to Medicare beneficiaries.”

The full decision summary by the CMS can be read here: 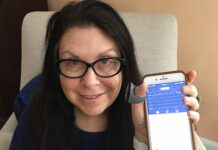 ‘DIY’ healthcare is changing the industry and people’s lives 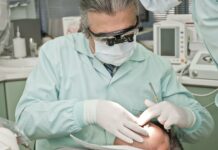