Along the way, Irwin has taught and mentored many budding radio broadcasters and musical artists.

“I’m so passionate about mentoring,” he noted. “Everybody should try to take somebody under their wing who’s younger and needs an opportunity.”

Irwin’s love for music started as a youngster watching television appearances of The Beatles and The Supremes. His appreciation further developed when he heard deejays play popular music on the radio.

While a teenager working at a Carvel ice cream shop on Long Island, he would call a radio station to make song requests. A deejay accepted his invitation to visit the shop for an ice cream cone – free of charge.

“As a 16-year-old kid, I thought it was cool to be able to do that,” Irwin recalled. “This deejay became a mentor to me. It was direction for a directionless teenager.”

Soon after graduating with a bachelor’s degree in telecommunications from Newhouse School of Public Communications at Syracuse University in 1981, Irwin worked as a deejay and talk show host at Albany’s WQBK through 1985.

“WFNX was the career highlight of my life,” he declared. “For a commercial station to play the alternative rock that we did was extremely rare. ‘FNX didn’t have the numbers that Kiss 108 and ‘BCN always had, but we had a fervent cult following of super fans.”

For 10 years beginning in 1990, Irwin was a radio station advisor at Salem State College’s WMWM. His guidance ranged from basic audio production to advanced career goals.

His focus switched from rock to talk show host at WRKO from 1997 to 2000. While Irwin’s guests included entertainment and publishing notables, he particularly relished his in-depth interviews with elected officials.

“They had big personalities and I could challenge them,” he said of the politicians. “It was my job to be the liaison between the people of Boston and the public servants who wanted their vote.”

For the next couple years, he humorously matched wits with Boston comic legend Steve Sweeney on WZLX’s morning drive show.

“We interviewed people who I listened to as a little boy,” Irwin relayed. “I never dreamt that I’d talk to Ringo and Pete Townshend.”

In 2017 and 2018, he helped organize and co-hosted fundraisers for ZUMIX in East Boston. According to its website, “ZUMIX empowers young people to build successful futures for themselves, transforming lives and community through music, technology and creative employment.”

“I want to be as evangelical as possible about ZUMIX,” Irwin vowed. “It’s really an inspirational place.”

Monthly since March 2018, the lifelong music lover has been hosting and executive producing “One Year at a Time” on WUMB.

“I take a year and find an hour’s worth of music that played a role in that year’s sound,” Irwin explained. “I started with 1964, the year when I first heard The Beatles and The Supremes – they were both the best at what they did.”

The closings of both schools where Irwin was teaching prompted him to redirect his career advisor skills. In September 2018, he joined Pine Street Inn’s workforce development team, which guides trainees to get housekeeping and food services jobs.

Although the pandemic caused unemployment worldwide, the trainees are successfully getting work in these fields.

“There are opportunities for people to safely get involved in those fields and find their way to a better life,” Irwin noted. “There’s still a nonstop need for the processing, preparing and delivery of food. And the importance of keeping workplaces and residences clean has only been heightened. I’ve never been more proud to be affiliated with such a fabulous organization as Pine Street Inn.” 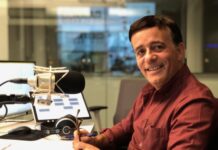 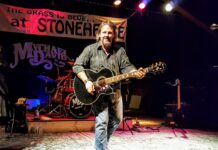 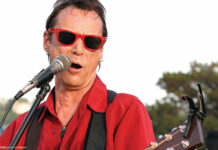 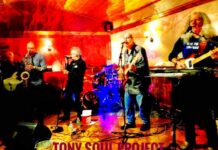 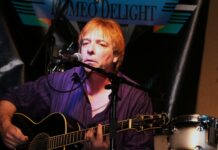