Hudson – Speaking in an English accent and dressed in a gown from the early 1800s, Lady Maria (pronounced Mariah) Chaffington loves to talk about growing up with her close friend Jane Austen. Chaffington, a proficient pianist, fondly remembers Jane’s life and enjoys playing Jane’s music. The fact is — Chaffington has outlived her friend by more than two centuries. She is the creation of Donna Maria Chaff, a retired music teacher and longtime Hudson resident.

Chaff has found her muse. In real life, she can be seen wearing earring with quotes from Mr. Darcy of Price and Prejudice, a scarf imprinted with Austen’s music, and a charm bracelet that’s all about Austen. An accomplished organist and pianist, Chaff has taken a deep dive into learning about Austen’s life story, her books, and her music. When transformed from Chaff to Chaffington, she dresses in period gowns that she has purchased and sewn.

Music has always been center stage in Chaff’s life. The eldest of five siblings, she grew up in Lawrence, Mass. with her father, who was a professional pianist and organist, and her mother, who played the piano.

Chaff studied both the piano and organ as a child.

“My father used to say that I had the fingers of a pianist,” she recalled. She majored in music education at the University of Lowell, which is now UMass Lowell.

“Being able to play the piano and sight read was a big advantage for me,” said Chaff.

Her first teaching job was in Newburyport, followed by one in  Nashua and a three-year stint at an American school in Athens. Chaff settled into a 27-year run in Wellesley, teaching K-5 general music.

“We worked on creative movement to the beat, reading music, singing folk songs, learning music from other cultures, and integrating with the rest of the curriculum,” she explained.

Chaff’s devotion to Austen began 15 years ago when she took a continuing education seminar in the Teachers as Scholars program at Harvard University.

“Dr. Marcia Fulsom from Wheelock College showed me how intriguing the language was and how interesting the characters were in Austen’s Price and Prejudice,” said Chaff.

Next Chaff joined the Jane Austen Society and attended some lectures in Boston. She read and re-read Austen’s six published novels.

Her connection to Austen goes beyond her fascinations with Austen’s characters – including Elizabeth Bennett and Mr. Darcy in Pride and Prejudice. Austen was an accomplished pianist herself, and piano music was featured in many of her novels.

Chaff’s bond to Austen’s music was deepened when she discovered the Austen Family Music Books, which was published online by the University of Southampton. Chaff was fascinated by the scans of 12 volumes, six of which belonged to Austen.

“There is period music from 1760 to 1850. There were sonatas and opera transcriptions as well as songs, duets for violin and piano, and country dance songs,” she said. “There’s little bit of Mozart, Handel and Haydn, but none of the composers were people who we would find famous.”

The Jane Austen Tea at M.I.T.’s Endicott House, and Jane Austen Weekends at the Governor’s Inn in Hyde Park, Vt., have added to Chaff’s immersion in all things Austen.

When Chaff retired from teaching in 2016, she and her husband, Bob Specian, also a music teacher, travelled to Austen’s U.K. home, Chawton Cottage. Chaff was able to play a Clementi Pianoforte from 1815, which is the type of instrument on which Austen played.

Chaff’s creation, Lady Maria Chaffington, made her debut on September 14, 2016 at the Marlborough Public Library. She returned in 2017 at the Acton Senior Center, and in 2019 at 19 Carter, a community center in Berlin.

“My performances include props for selfies with Maria,” Chaff noted.

Austen herself once noted, “Without music, life would be blank to me.”

“Through [her] music, I’ve been able to ensure that more people read more Jane,” said Chaff.

For more information about Jane Austen’s music, visit chaffmusic.weebly.com. If you would

like to invite Lady Maria Chaffington to your organization, Chaff is eager to hear from you. She can be contacted at Chaffmusic@gmail.com. 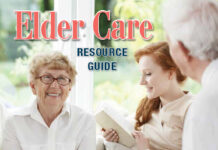