According to the dictionary, courage and bravery are synonyms. While they may mean roughly the same thing, I believe they are often used in different contexts. The word brave is often reserved for youthful and impulsive actions.  Brave is often used to describe the actions of soldiers or first responders.  On the other hand, courage often connotes actions that require maturity and forethought.  For instance, people can have the courage to stand up for what is right.

This topic is particularly important to me right now because I have a 16-year-old son who thinks he is being brave when he jumps off a 30-foot ledge into a quarry.  He recounted at length how pleased he was with himself one day that he talked someone else into jumping.  I shook my head, listening to what many probably would count as peer pressure. Was it really brave to jump?  He and his friends point out that it depends on the individual.  To some, jumping is a fun rush. To some, jumping requires them to overcome a great deal of fear.  I wonder to myself what matters when calling something brave.  If running into a burning building is not necessary, is it still brave?  Does the outcome matter?  If the person running into a building unnecessarily finds a child who by all counts shouldn’t have been there, does the foolhardy action become brave?

Our elders are seldom described as brave.  Exceptions exist, of course.  After the Fukushima meltdown, 200 elders volunteered to work in the radioactive area to spare the youth from radiation poisoning. Most elderly people do not think of themselves as brave for just continuing on, but sometimes, their perseverance is worthy of noting.

I think about what bravery looks like in the elderly.  Here is what I believe:

It is a shame that thoughts of bravery are often focused on youth.  It strikes me that you need to be even more courageous to age.  People who grow old need all the spunk they can get to conquer the aches and pains of aging.  And they certainly need the pluck to manage a society that was not built with them in mind.

Marianne Delorey, Ph.D. is the executive director of Colony Retirement Homes.  She can be reached at 508-755-0444 or [email protected] and www.colonyretirementhomes.com. 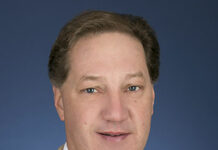 Should I Stay or Should I Go?

New year, new me. Now what?

Thinking of volunteering in 2020? Think of AARP Massachusetts!

Reverse mortgages: ‘The Times They Are a Changin’

For the love of food