Hudson – Retirement came early for Sue Waudby, and Geoff Schultz – except that most of the year, they each volunteer somewhere between 50 to 70 hours per week. During the winter, they recharge by sailing in Central America, and they volunteer there, too.

Waudby and Schultz, along with Marlborough business owner Branch Yules, were the visionaries behind Fresh Start Furniture Bank. Now the leaders of Fresh Start, Waudby and Schultz expect this year to provide 770 homes of those in need with 24,000 items of furniture and other necessities.

For Waudby and Schultz, then 31 and 40, it all began with a chance encounter in the Virgin Islands.

“I had sold my ISP (internet service provider) business to RCN Cable Company,” Schultz explained. “The next year I worked there as a senior vice president, but I didn’t mesh well. I bought a boat, sailed around New England, and a year later, hired a captain and sailed to the Virgin Islands.”

Waudby added, “I was there on a charter when we met.”

She had been working in Connecticut in public accounting and manufacturing. Soon after, she moved to Marlborough.

“I was young, retired and well educated. I looked around for a place to volunteer, which I had done growing up. I found the Marlborough Junior Woman’s Club and eventually got involved with the Touchstone Furniture Depot,” Waudby noted.

Yules had opened the furniture bank in 2013 at his Touchstone Apartments in Marlborough. That summer, Waudby became its volunteer director.

“The basic structure was there in the 1,200 square foot space, but the place needed standards and procedures,” she said. “We wanted to create a system where people would donate good quality furniture. I put together flyers and went from town to town to their human service departments… We wanted to keep usable items out of the waste stream.”

Waudby was committed to the project – relentless in her quest to build the organization.

“We have our own in-house programmer which is great,” he explained. “We are so lucky compared to other organizations I have volunteered with.”

In October 2014, the nonprofit purchased a 16-foot box truck with proceeds from its first ever grant, the Schwartz Charitable Foundation in Worcester. Schultz set up a database, which was unique to a furniture bank.

“In June 2016, we were awarded a game-changing grant for small profits from the Cummings Foundation,” Schultz said. “We were granted $20,000 a year for five years.”
Two years later, Fresh Start hired Kate Halpin, who is still the part-time store manager. That year the bank added another 2,700 square feet at its location.

“We lost our lease and had to move very quickly,” said Schultz.

At one point, Schultz and Waudby said that the board, which includes Yules, voted to close down the nonprofit.

“We were space hungry and needed a lot of parking space,” said Schultz.

In spite of doubling their rent, and spending about $30,000 in leasehold improvements, Fresh Start is back on its feet.

“We’ve just opened up a loading dock dedicated to our partnership with Mark’s Moving and Storage,” Schultz said. “They will bring in trucks with furniture leftover from moves, and we can decide what we want and what we don’t want.”

Waudby said that her kitchen table is covered with Fresh Start papers. Both she and Schultz live and breathe the organization on a daily basis. That includes their time that they spend sailing.

“We are still in touch by phone and we always know what’s going on,” Waudby said.

Schultz’s boat is now docked in Guatemala. They spend time diving and snorkeling, but volunteering never stops. Waudby and Schultz were involved with a nonprofit called Pass it on Guatemala.

This past year, Fresh Start was awarded the Small Nonprofit Excellence Award at the Statehouse.

“(We) were one of 27 nonprofits from across the state that were nominated and six won awards from the Massachusetts Nonprofit Network. This was a big win for Fresh Start and the community of Hudson,” said Schultz.

To volunteer at or donate to Fresh Start, visit www.freshstartfurniturebank.org. 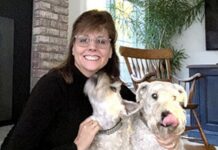 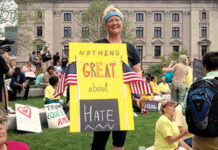 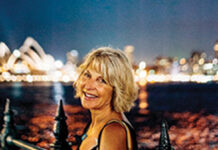 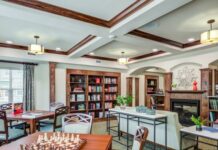 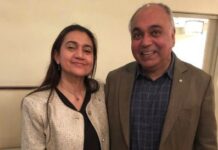