I once conducted a Lindsay Food Preference E-Mail Survey. After answering the one-question survey, one participant wrote, “I can hear my arteries clogging and I’m getting very hungry.”

The survey question was: “What foods would you eat if you base your choice only on how much you enjoy eating them?”

In other words, assume, for a moment, the following. All foods are equally nutritious. You can live healthfully on any foods you choose. No food has negative health consequences. All food is equally available and affordable. All is equally easy to prepare.

In other words, your only criterion is that you like to eat it.

Answers immediately come to mind. We all know the foods we love and would like to eat all the time even if they’re not good for us and/or we can’t afford them.

The tested population was scientifically defined as “people who know Janice Lindsay.”

Answers came from 48 individuals. For most, the survey triggered extravagant fantasies of foods craved but denied, usually for health reasons, occasionally because of expense. Participation left some respondents complaining of excess salivation. One begged me not to share her answers with her doctor.

The most frequently mentioned foods (55) fell into the fruits and vegetables category, which sounds quite wholesome except that 35 percent of those mentions were potatoes in the form of potato chips; mashed potatoes with cream, butter, of gravy; baked potatoes with sour cream and/or butter; and French fries.

Tomatoes, fresh and in sauce, were the second most popular in this category. Others receiving more than one mention were mushrooms, blueberries, avocadoes, apples, and oranges. Carrots received two mentions, but one appeared in conjunction with “cake.”

Grain products — pastas and breads – were the next-most mentioned, with 35 references, 22 for bread and rolls, 13 for pasta. Only one person craved whole grains. The most popular “bread” was muffins. As for pasta, one person wrote, “Not the whole wheat kind that I’ve convinced myself I like.”

Fourth was chocolate (25), alone or in ice cream, cookies, sauce, cake, and pastries.

Fifth: beef (22) including nine for cheese steaks and six for filet mignon.

“I would never, ever eat a salad again.”

“I would never eat chicken again! [I’d eat] blue cheese dressing on just about anything (except chicken).”

“I’d start with any trash that I see lying around the house.”

“[A friend of mine] says anyone who claims to not like bacon is lying.”

“I might eat a salad one a month. Okay, I admit it – I really don’t want to eat spinach, kale, chard, and all that [stuff].”

But the following respondent was more representative: “I would eat anything that tastes like fast food and/or anything that has butter on it…I once had a neighbor who put butter on brownies. I myself have never tried it but in my best moments of gastronomical daydreaming I must confess that I can truly appreciate its merit. I would understand if you are too shocked [by these confessions] to want to continue with our relationship. But before you leave, would you please pass the butter?”

The gardening gene skipped me 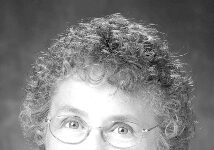 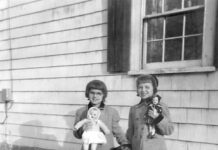