Boston – Governor Charlie Baker delivered his State of the Commonwealth speech in January, and the next day filed his annual budget with the Legislature. Both actions contained good news for older people in Massachusetts.

For decades, Massachusetts has been a leader in the development and delivery of aging services; but our commonwealth is at a crossroads. Today, we have more Massachusetts residents over the age of 60 than under the age of 20. This growing population of older people offers Massachusetts an opportunity to once again lead the nation by developing innovative policies and solutions to help our residents age and thrive in the communities where they live, work and volunteer.

Recognizing their contributions, Governor Baker issued a challenge in last year’s State of the Commonwealth address to think differently about how to support and engage older residents in Massachusetts. Then, in April of 2017, the governor issued an executive order establishing the Council to Address Aging in Massachusetts. The council was tasked with advising the administration on policies, community resources, best practices, and informal supports to promote healthy aging in Massachusetts.

Building on that momentum, the governor announced in this year’s speech that Massachusetts had been designated by the AARP as only the second state in the country to join that organization’s Age-Friendly Network. This designation commits our state to a continued path of progress in making Massachusetts more livable and welcoming for older adults and people of all ages.

It is a great boost to work already underway throughout the commonwealth. As of 2017, 88 communities across the state have achieved, were working toward or beginning efforts to make their cities and towns age-friendly. This includes important work to make communities and our healthcare system more welcoming and supportive of people with Alzheimer’s Disease and other forms of dementia. We will build on this work with our community partners during the AARP planning effort.

A strong budget for older residents

To learn more about the age-friendly movement, visit aarp.org/livable. If you’re an older person, someone with a disability, or a caregiver looking for help or services, call MassOptions toll free at 844-422-6277 or visit massoptions.org. MassOptions is a free public service connecting older residents and those with disabilities to the services they need to live independently.

Organization says ‘Retirement age’ may become a thing of the past 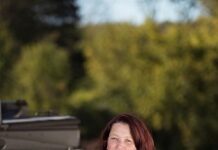