In the fifth century AD, Attila the Hun and other invaders descended upon the northeastern area of what today is Italy. A number of people who were living in the region fled to a group of nearby islands for safety and, over time, established small villages. The towns they founded eventually joined together and that was the birth of Venice.

From that humble beginning grew one of the wealthiest, most refined cities in the then-known world. Those who travel to Venice today see it much as it has looked over centuries.

The city’s physical layout, occupying nearly 120 small islands, is its most famous attraction. Those dots of land are separated by about 150 canals that are crossed by more than 400 bridges.

The largest and most famous waterway, the Grand Canal, serves as the main “street” of Venice.  It’s lined by splendid palaces and brightly colored mansions that were built by aristocratic families between the 12th and 17th centuries. They contrast with the more modest homes which overlook the maze of narrow, twisting side canals.

One focus of visitors is what Venice does not have: cars or trucks. It does have boats — lots of them and of various kinds. What elsewhere would be buses, taxis, fire trucks, ambulances, police cars and every other kind of vehicle that make a city function, in Venice is a boat.

At the same time, Venice is a perfect walking city.  It’s flat, and there are no vehicles with which to contend. Instead, the challenge is finding your way in the complicated network of pedestrian streets, and visitors often find themselves temporarily lost.

That’s fine, because some of the best discoveries are made by people searching for a specific site.  You might wander into a city square with an outdoor cafe and stop for a snack. You’re likely to see a street artist drawing on the sidewalk, and musicians playing for tips. You may enter a church which contains precious paintings and other works of art.

The other mode of transportation is boats, and here there’s a choice. The famous gondolas are the classic Venetian boat, having originated there centuries ago. Because gondola rides are relatively expensive, they’re used mostly by visitors seeking the experience and for weddings and other special occasions.

Those who wish to experience a less costly gondola ride may take a traghetto (ferry).  They’re convenient for people who wish to cross the Grand Canal between the four bridges which span it.

Boat buses called a vaporetto follow a prescribed route, and are the mode of transportation for many Venetians.

Two islands reachable by boat rank high on the list of attractions that many visitors wish to see.  Murano has been a famous center for making decorative glass since the 12th century.  Several furnace buildings where glass is fashioned into all manner of items are open to the public, and it’s fascinating to watch skilled artisans at work, then see the finished products in the gift shops.

The nearby island of Burano makes two claims to fame. It has a long history as a fishing village, and the lovely lace which is made and sold there evolved long ago from weaving fish nets. The other attraction is the houses, many of which are painted in a rainbow of dazzling colors.

The most popular destination in Venice is Piazza San Marco (San Marco Square), an immense plaza surrounded by magnificent buildings that often is jammed with tourists and always with pigeons. Work on the San Marco Church began in 1063 and it was expanded and decorated over centuries.

Whenever people visit Venice, they’ll find one of the most magnificent cities in the world, and one that offers an enticing choice of things to see and do. 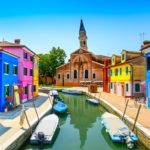 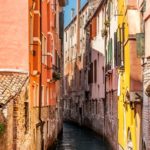 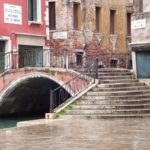 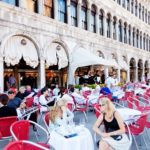 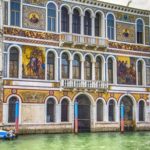