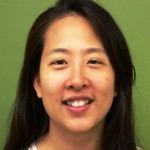 Q:  What is dementia?

Q:  How is dementia different from Alzheimer’s disease?

There are different kinds of dementia. Alzheimer’s disease is the most common form of dementia and accounts for up to 60-80 percent of all cases. With Alzheimer’s disease, the brain cells, called neurons, die slowly over time when they are affected by two abnormal proteins in the brain. Scientists are still investigating why some people have these proteins. According to the 2000 U.S. Census, 4.5 million people were diagnosed with Alzheimer’s disease, and it is predicted that number will triple by 2050 to 13.2 million.

Q:   What are the early signs of dementia?

Dementia can affect a person’s memory, reasoning and concentration, and even language.

Some examples of this are:

As dementia gets worse, it can:

Many people may not realize that they are having memory problems or recognize the signs of dementia. Sometimes it is a family member that tells a doctor that they are concerned.  Your doctor may do some blood tests in addition to memory and cognitive tests. Not everyone needs a brain scan; you should discuss with your doctor whether it is necessary.

Q:  What is the treatment for dementia?

Dementia is a progressive disease that does not get better. While there are not many effective treatments for most types of dementia, there are a few medications that can help with Alzheimer’s disease. The best approach is to try to keep your brain healthy by:

Dr. Jenny Chiang, is a physician specializing in Geriatrics and Family Medicine for PACE at Element Care in Methuen, MA. For more information, please call 1-877-803-5564 or visit www.elementcare.org. Archives of articles from previous issues can be read at www.fiftyplusadvocate.com.

The safety of the person with Alzheimer’s disease