Vineyards and groves of olive trees blanket rolling hillsides and spill down into deep valleys. Many hills are topped by an ancient stone villa, its entrance road lined by parallel rows of tall, straight cypress trees. Vast fields provide a patchwork of colors ranging from the green of crops to golden wheat to the reddish-brown of freshly turned earth.

This is the scenery that greets visitors to the Tuscany region of Italy. Other attractions include fascinating history, magnificent art, outstanding food and some of the best wines in the world.

It doesn’t take long after arriving to learn why typical Tuscan communities are described as “hilltop towns.” Many are perched at the top of a steep rise that overlooks the surrounding countryside.

Most villages were laid out centuries ago in a maze of twisting, turning, climbing and dipping narrow cobblestone streets that were not intended to accommodate automobiles. Every town has one or more churches, some dating from the 14th century and earlier. Many also boast an ancient fortress, and a museum – or two, or three – that relates local history and displays priceless artistic creations.

While most museums have outstanding collections, I found myself drawn even more strongly to the magnificent art and architecture that is outside. Statues and elaborate fountains line the streets of cities and towns. Ornately designed wooden doors set off by fanciful brass knockers add to the feeling that entire towns are outdoor art shows.
With unlimited time, one could spend weeks enjoying a different town each day and still not exhaust the supply. Along with their similarities, each one also has its own unique attributes.

My wife Fyllis and I began our exploration in Montalcino, which was close to where we were staying. That hill town, typical in many ways, was settled about 1,000 A.D., and parts of the walls built during the 13th century to protect the settlement still are intact.

The community is surrounded by vineyards that have been producing outstanding wine since the 15th century. That accounts for the large number of enotecas (wine bars) where it can be sampled.

Buonconvento, a short drive away, was a personal favorite. Its medieval town center looks much like it did when it was established during the 1500s, with one exception. In more recent centuries, houses and apartments were built just behind and against the city walls, whose exterior now is peppered with windows.

San Gimignano, known as early as the 1300s as “citta delle belle torri” (city of the beautiful towers), has its own claim to fame. At one time, at least 70 towers loomed over the setting.

They were built during the 12th and 13th centuries by wealthy families, serving both as defensive strongholds and as a demonstration of each owner’s prosperity. The 14 structures that remain still provide a spectacular sight for people as they approach the town.

Two other towns also stand out in my mind:

Pienza has been described as the first example of Renaissance city planning. In the mid-15th century, a noted architect was assigned to upgrade the village into an ideal town. The result is a charming setting in which every lovely piazza, splashing fountain and lane lined by stone houses adorned with an explosion of colorful flowers fits perfectly into its surroundings.

The tiny village of Murlo is as picture-perfect as Pienza in its own way. It resembles a movie set of a typical medieval village, with immaculate stone houses that form what once was a defensive wall. Given its tiny size, we were not surprised to learn that only 17 people live within the walls, while about 21,000 more reside in the surrounding countryside.

What makes Murlo unique is the close association of its present-day residents with the civilization of the Etruscans. They arrived in the area in the 8th century B.C., flourished as seafarers and merchants for more than 400 years, and then were absorbed into the Roman Empire. A recent study of the DNA of residents in and around Murlo today indicates a direct link with their ancestors.

The village of Murlo at one time was under the control of Sienna, but the two could not be more different. Sienna is a bustling city of palaces and towers, many built of bricks with a distinctive brownish-yellow hue known as “sienna.”

Any of several must-see sites in Sienna alone would make a visit there worthwhile. Since at least 1283, the Piazza del Campo has been the site of an exciting horse race around its outer edge. The elegant, 14th-century Palazzo Pubblico on one side of the Campo has served as the town hall since it was completed in the 14th century. A graceful bell tower looks out over the square and the entire city.

The beauty and history of Sienna, and all of Tuscany, combine with the Tuscan people’s love of life to beckon visitors from around the world. Those who accept the invitation are sure to fine much to appreciate and enjoy. 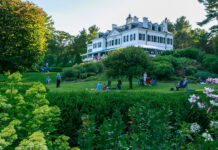 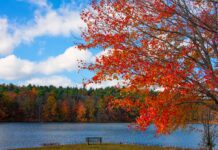 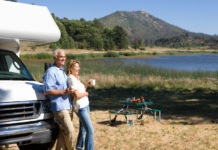 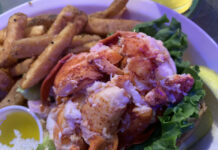