If she ever hears the term “Silver Tsunami” again, Beth Baker said she’s going to scream.

“I’m so tired of this view that the aging population is going to sweep everybody out of the way and we’re all going to be paying Social Security and Medicare for these geezers who refuse to die,” said Baker, author of With a Little Help from Our Friends: Creating Community as We Grow Older(Vanderbilt University Press). “We have to shift our thinking to see older people as a community resource.”

Many members of Baker’s generation — she’s 62 — are working hard to establish new ways of living in their older years. The array of living options allows individuals to live life to the fullest, regardless of physical challenges:

There is the traditional home setting with the support of friends, family and services; Village or NORCs (Naturally Occurring Retirement Communities); or planned cohousing, a trend known as “Golden Girls” living. 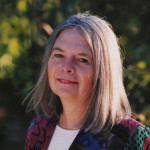 Widespread investment and development of these new ideas depends, in great part, on boomers reversing the perception that they’re going to be a non-stoppable drain on the country’s financial resources, Baker said. It’s up to the boomer generation to prove they’re worth the investment — and the best way to do that is to be involved with all segments of their community.

“If you think about the volunteer hours that older people can give, and should be encouraged to give — I would like it if as we grow older, there would almost be an expectation of, ‘How are you helping your community?’” Baker said. “We have to — it’s a cultural shift, too — to view older people as contributors.”

While age-restricted communities offer a safe living environment, the long-term result has been that some are now having a hard time attracting younger boomers (in their 60s). Because long-term residents have successfully aged in place, when prospective residents visit, they see a group of people pushing 90.

“Communities really need to pay attention to keeping a mix of ages, even if it’s age restrictive — say 55 and older.”

ElderSpirit, a senior cohousing community in Abingdon, Virginia, went one step further. “When they built it, they were aware that they were a block away from the community Head Start program,” Baker said. “A lot of the people who live there volunteer with the Head Start kids.”

Partnerships like these don’t cost a lot of money to put in place. “They’re things that grassroots people can organize on their own for a pittance, if anything,” she said. “Sometimes it’s just paying attention and thinking about it.”

Cohousing communities are built in a way that provides a welcoming environment, especially for people who are single or shy and not outgoing by nature, but don’t want to live in full solitude. “Everyone has their own household,” Baker said. “You have your privacy — but there are common spaces where everybody who wants to can eat dinner together. And there are big rooms where, if you want to watch the Oscars or a sporting event, maybe 20 people can sit around together.”

While the past decade has been filled with warnings about the large number of retiring boomers, and their desire to live at home as long as possible, even when communities have recognized the need to prepare, most communities have not made the investment. The general inclination is to point towards the recession coinciding with the influx of retiring baby boomers, Baker said, but a larger problem is a lack of planning because of a cultural tendency to deny the aging process. “One of the things I’m hoping to do with my book is push back against that denial and make the argument that it’s not in our self-interest to be in denial. The more we don’t prepare, the more vulnerable we become to either living isolated and alone in our homes or ending up in more institutional settings that might not be our first choice.”

Independent living, which depends on making the necessary home improvements to promote safety, is lagging, Baker said. “I hope, people start to take it seriously and make their homes accessible before they need it, not when they’re there with a broken hip.”

Two programs play a key role in assisting residents to stay in their homes.

The Village format offers easy access to household repairmen, health-driven activities, transportation and social opportunities. The first Village began in 2002 on Boston’s Beacon Hill. Today there are 125 nationwide with 100 more in the planning stages.

“It’s a steady growth with both the Villages and cohousing. There is a fairly high failure rate where people give up because it’s not easy,” she said, noting, “It’s fairly sophisticated when you think about forming a non-profit and raising enough money to pay a director,” which most of them do. Those that go the all-volunteer route have found that sustaining the organization after its initial enthusiasm and excitement period can be a challenge and takes a lot of leadership.

To succeed, she said, a Village community needs a core of committed natural leaders who are in it for the long haul — and who realize long-term success is not going to happen just through the money raised from dues. Beacon Hill membership is currently $975 for a household and $675 for an individual, annually, with some assistance available.

“If you pay for it (the organization) all with dues money, you’re going to be too expensive. You’re not going to attract many members,” Baker said. “You have to think about how else will we raise the money.”

NORCs (Naturally Occurring Retirement Communities), provide many of the same services as Villages, but are either paid for by a town or city’s local government or non-profit organization. “Everybody in that given locale, older or disabled, can avail themselves of these services,” Baker said.

The NORC in Greenbelt, Maryland, Baker wrote in her book, is an example that could be adapted by any municipality with a critical mass of elders and a strong sense of community. “They’re really doing great work and meeting the same needs and going beyond some of the Villages because they’re bringing some more nursing type services and making them available to people in their homes,” she said.

“They’ve hired one person they call a community resource advocate and her job is basically to serve the older people in the town of Greenbelt, but she’s done it really creatively in a low cost way and they have a lot of cultural and education and exercise programs, all completely affordable when you’re 60 and older.” There is also a “really rich volunteer program where 70 percent of the volunteers are older people.”

While it’s commonly believed that programs benefiting older Americans were more likely to be put into place when the economy rebounded, Baker doesn’t think financial investment is the be-all answer. When it comes to programs that benefit older Americans, creative use of technology can play a key role in keeping folks at home in their latter years.

Full Circle America, based in Nobleboro, Maine, was the creation of Dr. Allen Teel, who combined in-home webcam technology with a volunteer component to create a cheap and efficient way to monitor at risk residents.

Full Circle America establishes a care team comprised of family, friends and members of local community institutions and installs cameras, unobtrusively, in the bedroom and bathroom, often at foot level, so the resident can be monitored but not observed when he or she undresses. “Obviously, the monitors need to be folks that are carefully screened,” Baker said.

Baker said, “I think that’s the way of the future … and the beauty of this is, it’s actually an option that is cheaper (than institutional care), better and helps the quality of life.”

The one form of boomer-age community living Baker thinks might eventually become the most successful is house sharing between friends or individuals.

There’s also the “Golden Girls” phenomenon that is flourishing, in which friends or people that don’t necessarily know each other will live together. The Golden Girls Network website (goldengirlsnetwork.com) promotes “living life like it’s golden” inviting the curious to “imagine a house filled with friends.”

Three Pittsburgh women, Jean McQuillan, Karen M. Bush and Louise S. Machinist, pooled their resources and bought an old house in 2004, making the living arrangements up as they went along. They’ve put their experience into book form — My House Our House: Living Far Better for Far Less in a Cooperative Household (St. Lynn’s Press) — to share their story and give people an idea how a cooperative household works.

“They’re very sharp and what impressed me about them is they anticipated all the potential pitfalls and complexities and wrote about how they would solve them before they even moved in together,” Baker said. “They had a plan and it was so farsighted and they’ve been very happy together. They have a lot of lessons others could learn from.”