There’s been a lot of talk about Social Security, but one thing that hasn’t come up in the conversation is the vital role it plays as an engine of the U.S. economy.

Social Security benefits keep millions of families afloat and help middle-class workers stay independent after decades of labor. But there’s more: Those payments also fuel a vast amount of economic activity in Massachusetts and throughout the nation, providing a little-noted economic benefit that helps us all. 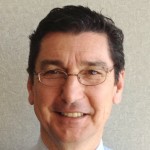 Social Security’s economic contribution didn’t end there. After consumers spent their money, businesses spent it once again, using it to finance jobs and make purchases and investments. In other words, the cash continued to ripple through the economy in a tremendous ‘multiplier effect’ that enriched all kinds of enterprises.

Some of that revenue even paid for public services, in the form of local and state tax revenues — $1.8 million in the commonwealth.

The fact is our nation needs a serious conversation about the future of Social Security — not just for today’s retirees but also for generations to come. Social Security is more essential than ever, as a growing number of older Americans struggle to stay financially secure in a weak job market, with meager saving and no employer pension to help with the monthly bills.

The numbers illustrate, dramatically, that cutbacks to the program could have negative consequences for individuals, businesses and the entire economy. They underscore the importance of decisions to be made in Washington about how best to address Social Security’s finances and keep the program strong.

The critical value of Social Security to our economy is one more reason that AARP is calling for a national conversation on the future of this vital program. We urge members of Congress to keep these new economic findings in mind when they engage in this crucial debate.

The stakes are enormous – for all of us.

Michael E. Festa is the state director of AARP Massachusetts, which represents more than 800,000 members age 50 and older in the Bay State.  Connect with AARP Massachusetts online at www.aarp.org/ma, www.facebook.com/AARPMA and www.twitter.com/AARPMA.