Fretting is the new normal for retirement.

We haven’t saved enough, too many of us retire without financial security, and we may need to work longer to achieve it — assuming we can hang onto our jobs or find new ones. No wonder that workers and retirees are more pessimistic about their future prospects than they’ve been in years.

The outlook shouldn’t remain that glum if the economy keeps improving. But it’s critical to understand how retirement has changed.

The old rules continue to be rewritten; only 15 percent of private-sector-workers still have traditional pensions, for example. And it’s increasingly left up to individuals to ferret out the long-standing financial guidelines that no longer make sense.

“Things are changing so rapidly these days, primarily because people are forced to be more in the driver’s seat for their retirement,” said Jean Setzfand, director of financial security for AARP. “That’s why it’s important to dispel these myths.”

Here’s a look at some retiree money myths and the facts behind them:

Big changes are coming to coverage by 2014, when the landmark new health care law takes full effect. They probably won’t eliminate one of the most persistent misconceptions about retirement, however: that your costs are largely taken care of by Medicare.

Medicare covers a portion of your medical expenses once you turn 65, but far from all of them. The program was designed to pay for major health care needs, not routine dental or eye care, many prescription drugs and home-health or nursing home care.

The average person 65 or older spent $4,846 on health care in 2009, including health insurance, drugs and medical services, according to a survey by the federal Bureau of Labor Statistics. And the cost increases have been far outpacing inflation for years. Health care costs rose 48 percent from 2000-10, nearly double the 26 percent increase in the Consumer Price Index.

It’s essential, then to include health care costs in retirement planning.

The face of retirement has changed. The old stereotype of seniors spending quiet time on the back deck has been replaced by a far more active lifestyle.

That means the amount you spend in retirement can rise due to travel, hobbies and other leisure activities in the initial years of retirement.

About half of retirees surveyed by the Employee Benefit Research Institute in Washington, D.C., said they spend as much or more in the early years of retirement than before they retired.

Because retirement spending habits vary so widely, many financial advisers frown on the traditional rule of thumb that you need 70 to 80 percent of your pre-retirement income to maintain your lifestyle. To be safe, they say, you should plan on needing 100 percent.

“Expecting your expenses to automatically go down just because you retire is a mistake,” said Howard Schneider, president of Practical Perspectives, a financial services consulting business in Boxford, Mass.

Analyze what you expect to spend in retirement in order to lessen any anxiety. Will your mortgage and any loans for the kids’ college tuition be paid off? You still might spend heavily on travel and the grandkids. And don’t forget to consider taxes — income, sales and property — wherever you’ll be living in retirement.

3. Bonds are the best place for your money in retirement.

Sure, bonds are generally reliable and less volatile than stocks. Although retirees need to protect their savings, there is such a thing as playing it too safe. Bonds aren’t a great place to stash cash for the long haul. And their outlook has soured lately.

The weak forecast is linked to the near-certainty that short-term interest rates, which are currently near historical lows, and inflation both will increase. When the Federal Reserve inevitably raises rates, prices for bonds with locked-in rates will drop. That’s because investors will be able to buy newly-issued bonds paying higher interest. And inflation will erode the value of the bond income that retiree’s may be counting on.

Many investment advisers recommend seeking more income by investing instead in companies with a history of increasing their dividends, such as Pitney Bowes or Clorox. A list of the 42 large-cap companies that have increased dividend payments for at least 25 years — the so-called Dividend Aristocrats within the Standard & Poor’s 500 — can be found at www.standardandpoors.com.

If inflation returns to its historical average of 3 percent or more, prices will double during the course of a 25-year retirement.

“The inflation threat to retirees is serious,” said Mike Martin, president of Financial Advantage, a Columbia, Md., financial services business. “The stocks of solid, well-capitalized businesses that can grow can be the best defense for retirees.”

4. Social Security is going away.

The fear that Social Security will disappear is overblown. Although some fixes need to be made, you shouldn’t worry about losing this key linchpin to retirement security.

The Social Security program is projected to run out of money by 2037 unless changes are made. But the payroll taxes that fund the program will still be enough by themselves to pay 75 to 80 percent of benefits.

That means the worst-case scenario probably is a reduction in benefits starting a quarter-century or so from now. And it can be avoided if Congress raises the retirement age or taxes on high-income earners, which are among the measures currently under consideration.

Social Security was never intended to fund a comfortable retirement by itself, as evidenced by today’s average check of just $1,072 a month. You need to factor in savings, 401(k) accounts and any pension income. But the program can be counted on as a supplement to other income for at least a few more decades.

Those really concerned about the prospect of reduced benefits down the road can still take steps now to address it. Besides saving more, they can consider what cutbacks would be necessary to live on less and how they might replace the lost income, advises John Diehl, senior vice president at The Hartford Financial Services Group.

5. You’ll be in a lower tax bracket when you retire.

This isn’t the automatic scenario it might seem to be. Federal income tax rates, now low by historical standards, are likely to increase as the government addresses its nearly $14 trillion debt. And states are suffering similarly. Many are expected to follow the lead of Illinois, which raised its income tax rate this year from 3 percent to 5 percent.

Another factor that’s often overlooked is the impact of paying off your mortgage. If you pay off the debt you lose the tax deduction for your interest payments, which will in turn increase your taxable income.

Thus the combination of income from Social Security, pensions, 401(k)s, IRAs and taxable investments may leave you in the same bracket or a higher one. — AP 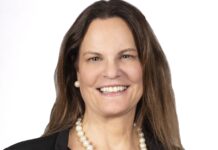 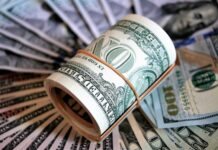