After her son moved away and a kitchen radiator accident reminded her how easily a lifetime of photos could have been lost, Barbara Despres of Hardwick wanted to ensure her family artifacts were preserved.

Despres, 66, set out on a scrapbooking project that would take her over a year to complete. She spent countless hours at the local Walmart with her daughter, Patti Schaaf, copying hundreds of photographs, and then embellishing them with items from area craft stores. “The more I did, the more I wanted to do,” Despres said. “It cost me a fortune.” Through the process, she got to watch her son, Louis Despres of Worcester, grow up all over again.

The 45-page end product includes graduation pictures framed by brown star-filled borders and memories of a family trip to Disney World and Florida marked with flamingo and palm tree ornaments and Mickey, Donald and Goofy stickers.

The final page features a black-and-white image of Louis, a photographer and film lover, surrounded by tchotchkes of a director’s chair, film canister, the Hollywood sign and a limo, joined by Humphrey Bogart’s immortal words, “Here’s looking at you, kid.”

She gave her son the completed scrapbook as a Christmas present. “His expression when he opened it up made every minute, every hour, every day, every week I put into it, worthwhile,” Despres said. “He had tears in his eyes.”

Scrapbooking has come a long way from the days of pages made out of easily ripped paper holding rapidly yellowing pictures, newspaper clippings and artifacts held in place by barely sticking corners or cellophane tape that inevitably dried out. Today’s materials are meant to last.

“Now people are encouraged to get scrapbooks, papers and materials that are acid-free so that they’ll last longer,” said Pauli Stern of Natick, a reference librarian who oversees a scrapbooking program at the Watertown Free Public Library. She initially became interested in the craft to document her wedding. It’s an act she’s yet to complete (the scrapbook, not the nuptials) as her attention’s been redirected to documenting her young daughter’s life.

Her interest in the craft grew, thanks to her job, for which she orders the library’s arts and craft books. When her department began having programs, she contacted a local professional scrapbooker, Jenny Brinkley, to see if she’d help instruct a scrapbooking group. Brinkley now volunteers as host of the group that meets in the evening on the third Wednesday of the month. The program’s been a hit.

“The ages range from the early 20s to the late 50s and early 60s,” Stern said. “We have new people who come in and we have regulars who come all the time.” First-timers are asked to bring in a few photographs to be used in creating their first page. Brinkley guides them through the process and the group has access to materials. “We have papers and equipment, pens, adhesives, paper cutters — pretty much everything but the actual scrapbook they would have to purchase themselves,” said Stern.

Scrapbooks aren’t just for preserving family memories. They can be art works in their own right, following almost any possible theme. Stern has started making mini-scrapbooks. “I got the idea out of one of the books I had ordered for the library,” she said.

“I made a little scrapbook on tea and coffee using a Starbucks coffee cup as the cover,” she explained. “I just cut the pages to be the same size as the cup and bound it with a string. I use the sleeve that’s used to cover the cup so you don’t burn your hand to keep it closed.”

Making a small book to commemorate a single event — maybe a day in the life of a child, perhaps going apple picking or celebrating a birthday — is less intimidating than taking on a major project like a wedding album, Stern said.

Today’s scrapbookers have a number of technological tools to assist them, perhaps the most important being photo scanners, which ensure images are saved even if something happens to the original photograph.

Mary Packard, who oversees Scrapaholics scrapbooking groups in Worcester, Boston and Western Massachusetts, learned about the importance of preserving family images firsthand. “We’ve got images going back to 1847; unfortunately, some were lost over the years in house fires,” she said.

As her relatives age, she’s rushing to ensure she’s able to gather as many images from her descendants as possible. That can be a difficult task when scrapbooks are treated as sacred objects, especially if they’re not in the possession of a close relative.

“If you ask to see it, sometimes, it’s a family secret,” Packard said. “People are very protective of their photos. They’ll tell you they can’t find it.” To get around this, she’ll ask relatives if she can scan their photographs right in front of them, as opposed to them feeling she’s going to lose the pictures if she takes them home with her.

Another major aspect is identifying the people in those pictures. “The most important thing is writing who the person is in the picture and why they’re important to the person making the scrapbook,” Packard said.

Even when old photographs are digitized, they can still be lost if something happens to the computer they’re saved on. To avoid digital accidents, Packard prints out copies of the most important pictures and saves them on a separate computer disk. She noted that only top-of-the-line printers will print out high quality photos and so it might be better to get them professionally reproduced.

Digitizing pictures, Packard said, makes it easier to make copies for family members. “For a 50th anniversary, all of a couple’s kids can get a copy of the same album,” she said.

Along with the family aspect, Packard has found scrapbooking to be a great social tool. Gatherings can take place at a home, senior center, library or an all-weekend event. “It’s hard to make friends as an adult,” she said. “This is people getting together for a goal but also having snacks. The photographs lead to talking about things important to you. It’s not small talk.”

Scrapbooking events Packard has attended have attracted people from their early 20s to 70; she likes the fact they’re intergenerational events. “We lose a lot when we separate by age,” she said. “People from different age groups come with different perspectives.”

Sara Jane McKenzie, 53, of Sherborn, has had a lifetime affair with crafts. Her falling in love with the use of rubber stamps in creating books, boxes, jewelry, cards, journals and home décor led to her creating her own business, Sara Jane’s Studio, which sells stamp products and offers in-house teaching sessions. A member of the Greater Boston Scrapbook and Paper Craft Meetup Group, she recently taught a class in “Scrapbooking: Keeping the Memories Alive,” through the Sherborn Council on Aging’s Lifetime Learning Program.

“We had five people,” McKenzie said. “It was a class for beginners. I give them ‘scrap maps’ to make it simple for those people who had never laid out or designed a page before. It’s 18 pages on how to cut paper stock and embellish it with a design.”

She too likes scrapbooking’s social benefits.

“Whenever you pull out pictures, you can’t help but get nostalgic and swap stories,” McKenzie said. “That’s one aspect of it that I really enjoy — learning about people’s lives.”

McKenzie’s students range from stay-at-home moms to retired folks. “People on the younger end really enjoy sitting with the older women and listening to their stories and experiences,” she said.

One group she hasn’t seen in her classes: Men. “I’ve heard stories (of them existing in scrapbooking group sessions), but I personally have never seen men do it.”

One of her Sherborn students was Susan Costello, 55, a professional life coach and counselor of 29 years. “I gave myself the gift of Monday off,” Costello said. “I didn’t have any creative outlets and hadn’t had any for years. My dog, Coco, had passed away. He was with us for a long time — wherever we went, he went. After we had euthanized him, I saw the ad for the course and thought I’d memorialize him that way (through scrapbooking).”

Costello appreciated the structure McKenzie gave the class, which includes a template for 18 pages, and the fact it allowed her a break from her otherwise tightly structured schedule. “It was a stress reducer; nothing else matters other than cutting the papers,” she said. “That was my whole world for those two hours.”

And while she’s gone on to take private scrapbooking courses at McKenzie’s home studio, Costello has no illusions of moving into the medium’s major leagues. “This is like art for the rest of us who aren’t artists,” she said. “I enjoy it tremendously.” 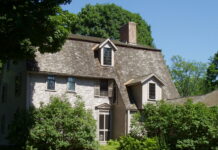 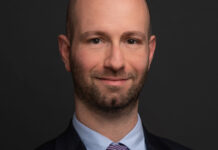