“A tree’s beauty lies in its branches, but its strength lies in its roots”  – Mashona Dhilwayo

Meet Karen and Priscilla, sisters who moved into our building. Meet Marjorie, who also chose to live in the same building with her sister Eleanor until her recent passing.

I wondered about these pairs and how they were able to age so well together. I have siblings of my own and, although we get along, I can’t imagine we will be as close (geographically if nothing else) as these pairs. I have also seen so many people struggle to adapt and have healthy, ongoing relationships with their siblings as they grow up, experience life changes, and as they age.

Both of these sibling pairs attribute their closeness to the example set by their parents. In fact, Marjorie and Eleanor’s mother and aunt moved into the same building 30 or so years before they did, so they have literally been walking in the footsteps of their mother. Both sibling pairs have also commented that they have been in constant communication throughout their lives, rarely missing a day where they did not talk or visit.

I asked all of these ladies how we all can learn to live with the strange creatures that share our complicated family story, down to the intertwined roots. How do we nourish this complicated relationship without feeding the historic rivalries and jealousies?

Their answers were simple. Marjorie said there were no rivalries, in part because her sister was so mild mannered. Priscilla and Karen noted that they were committed to each other (and their other sister) and it is that commitment that gets them through everything together. In fact, they believe their relationship has grown in depth and intensity over time.

I have a good friend named Helen who has a great relationship with one sibling, but not with another. I asked her what makes one relationship work but the other not. She explained, “To be fair, my relationship with my younger brother has not always been great; we have struggled, but we both worked on it and it is much better now than it was. My older brother and I quite honestly never worked on it. It never was great, but over time during the changes, it never got better.“

And I think that sums it up. Of course, these sibling pairs are unusually close, but nothing is perfect. So the moral is not to wish for something flawless, but to perfect what you have been given. Priscilla and Karen interrupt and finish each other sentences, but notably, they have learned to control the eye roll.

All of the siblings I spoke to mentioned respect. Whether they were introverts or extroverts, whether their lives had a similar path or a very different one, the siblings who got along all respected the other’s lifestyle and decisions.

Early in our lives, we sometimes view our siblings as mentors and tormentors. Sometimes they are friends and sometimes fiends. It is hard to find another relationship in which you are both fierce to them and fiercely protective of them.

And so it is with a tree. As deep as roots go, the tree can only stay healthy if the soil around it is healthy and it is watered with compassion and care.

Marianne Delorey, Ph.D. is the executive director of Colony Retirement Homes. She can be reached at 508-755-0444 or mdelorey@colonyretirement.com and www.colonyretirementhomes.com.

The gift of more…and less (fiftyplusadvocate.com)

We are all one and one person can make a difference (fiftyplusadvocate.com)

10 things I know about property maintenance 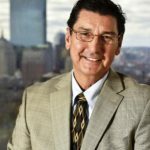