WORCESTER – For author and independent historian Andrew Noone of Worcester, the inspiration for his first book was almost literally in his backyard.

The remains of Bathsheba Spooner, who was the first woman executed in the United States, are interred somewhere in Green Hill Park, which is just across the street from Noone’s home. She was convicted of plotting the 1778 murder in Brookfield of her husband Joshua Spooner with three men, including her teenage lover.

“The Spooner tale is perhaps Worcester County’s number one back burner legend,” said Noone. “Always there, but little thought of. Once I moved onto the park, and a friend reminded me of the tale, I was hooked.”

Noone’s fascination with the story led to years of research and writing, and the publication early in 2021 of his book Bathsheba Spooner: A Revolutionary Murder Conspiracy. It’s historical non-fiction, complete with over twenty pages of end notes, but rich with evocative details and dialogue. It draws the reader deep into the tale as it unfolds, with the tribulations of the Revolutionary War as its backdrop, until it reaches its shocking conclusion.

“Aside from the popular interest,” continued Noone, “the saga’s of course of genuine historical interest. It was the first capital case (post-Declaration of Independence), first mass execution, first woman executed and the most extensive trial notes of the century.”

The 64-year-old Noone is somewhat of an unlikely chronicler of early United States history. A Worcester native and lifelong resident, he works as a music teacher in the public schools, and is a professional musician, having served in the past as a church organist and music director. Scholarship does come naturally to him, however, after earning two graduate degrees, one in musicology, and the other in art history. “My teaching career has helped me to organize and think through lots of oftentimes disjunct material,” Noone observed. “Different disciplines have also helped me to broaden my cultural perspectives.”

“My motivation in writing the book was not the story itself,” admitted Noone. “Rather, I decided to use it as the hook upon which to hang the history of Worcester in the Revolution. Boston historians and authors such as Emerson and Longfellow have overplayed Boston’s significant, but not solitary role in the conflict.” Noone feels Worcester’s role in the American Revolution has been traditionally underrepresented. “Following the Boston Tea Party, Worcester took center stage as the safe, removed village far from the British-controlled coast,” he said. “Over the past twenty years, Worcester’s role has been happily reevaluated.”

Digging up the details

How does one go about researching a crime that occurred over two hundred years ago?

“The book is a balance of primary and secondary sources,” Noone explained. “The American Antiquarian Society was a treasure trove. For me, few things are as rewarding as digging out a journal entry no one had published before, or even found. I was amazed at the letters I found, and diaries, which directly reference the tragedy.”

He also found centuries-old property deeds at the Worcester registry of deeds that helped piece together parts of the story.

“The hardest part was organizing all of the notes,” Noone acknowledged. “I found that harder than even the writing. I had an oversized box full of about forty miniature legal pads. My cross-reference system left much to be desired. The toughest two days was laying out all the details from the day of the murder. My floor was covered with about 100 index cards.”

Noone has been busy this year giving presentations at historical societies about the book, which is available on Amazon and at some local bookstores. But he’s already thinking about his next research topic. “Without giving too much information,” he said, “my next book will deal with another Worcester history which had national implications. And it’s probably not the one you might think.” 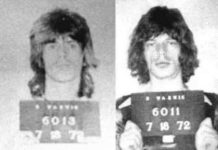