MEDFORD – While working as a U.S. Postal Service supervisor, Frankie Imbergamo of Medford wrote a cookbook and appeared on TV’s Food Network. Upon retiring after 32 years, he launched another career working in films as a featured background actor. He also appears in lead roles of an independent film, a web series and several TV commercials.

Imbergamo’s longtime culinary skills bridged one career to another. He learned how to cook while raised in Boston’s North End, aka “Little Italy.”

“I didn’t need to go to cooking school,” he noted. “I was brought up in a culinary atmosphere.”

His family belonged to neighborhood social clubs where he observed experienced chefs. Many club members were restaurateurs.

He also learned from family. On weekends, his grandmother stayed at their home and cooked with his mother. He watched them prepare Sunday dinner’s meatballs and “gravy,” aka sauce.

“Where I grew up, everybody called it ‘gravy,’” he explained. “When you put any meat into a red sauce, it becomes ‘gravy.’ With no meat, it’s marinara sauce.”

Imbergamo cooked meals for his post office co-workers. When they requested recipes, he gave them handwritten instructions. It motivated him to write a cookbook titled “The Good Life: Favorite Italian Recipes.”

His favorite chef is Emeril Lagasse. Imbergamo saw Lagasse announce an Italian recipe contest in 2005 when “Emeril Live” aired on the Food Network. Imbergamo submitted his “gravy” and meatballs recipe.

Chosen from 1,500 contestants, he was named one of four winners.

Food Network filmed him shopping at North End’s Abruzzese Meat Market and cooking the winning recipe at his Medford home. He and his wife Maureen were flown to New York City for him to appear on “Emeril Live.”

Friends and family were thrilled to see Imbergamo on TV. Particularly pleased was his early cooking mentor.

“My mother was very proud,” he shared.

Shortly afterward, he got a call from Angela Perry, owner of Boston Casting. Impressed with his TV appearance, she invited him to audition for a featured background acting job in the comedy mob film “Stiffs.”

“I was retiring from the post office, so I auditioned and was cast in my first film,” he recounted.

His scenes were filmed at an Everett funeral home with Academy Award nominee Danny Aiello portraying a hearse driver. Playing a mourner, Imbergamo is consoled by Aiello’s character.

To date, Imbergamo has worked in about 50 films. He took acting classes and joined the film/TV actors union SAG-AFTRA.

When Imbergamo worked in the film “The Fighter,” his workplace was Billerica’s Middlesex Jail and House of Correction. Playing a prison guard, he heartily gives thumbs up to Oscar-winner Christian Bale in response to good news from Bale’s character’s brother portrayed by Mark Wahlberg.

Among Imbergamo’s other film credits is “Pink Panther 2.” As a banquet guest, he mingles in multiple scenes alongside comedic star Steve Martin as Inspector Clouseau.

“That’s right up my alley,” Imbergamo said of his character’s Italian cooking similarities.

His TV commercials include appearances and voice-overs for several products, including Amtrak, Connecticut Lottery and JetBlue. In a Vicks commercial, the bed-ridden, bathrobe-clad Imbergamo is surrounded by tissues.

Along the way, Imbergamo continues cooking. For about four years, he wrote a newspaper column in the Medford Transcript called “Cooking with Frankie.”

He encourages other retirees to consider a second – or third – vocation.

Imbergamo’s cookbook is sold at the Boston Gift Shop, 17 North Square in Boston’s North End, next to the Paul Revere House. It can also be ordered by sending a check or money order for $20.00 (includes shipping) to Frankie Imbergamo, 20 Bowen Ave., Suite 1, Medford, Mass. 02155. 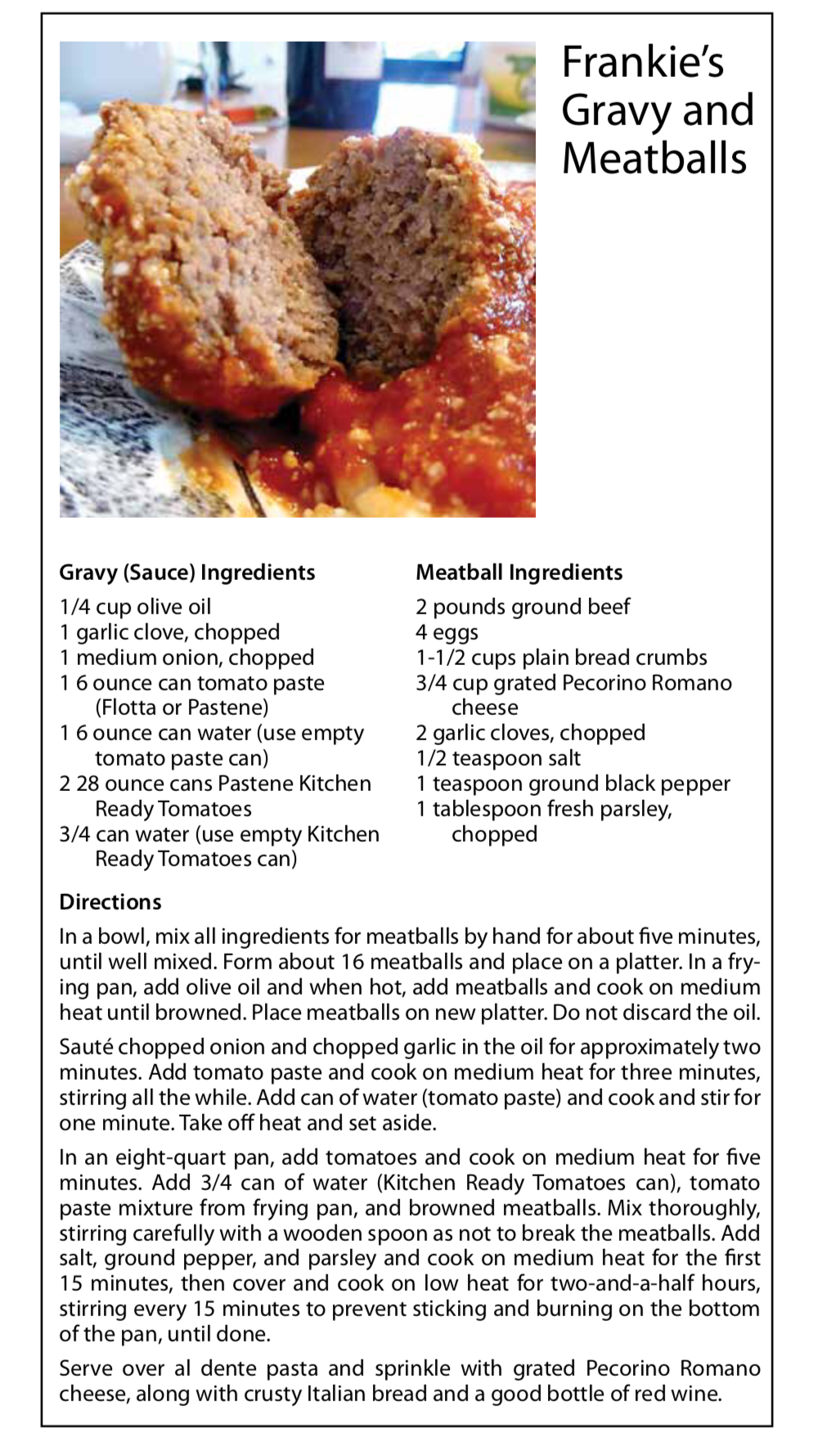 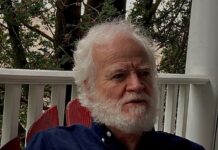 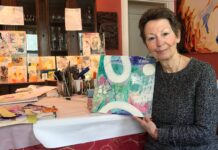 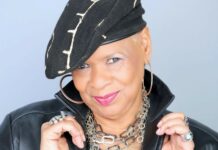 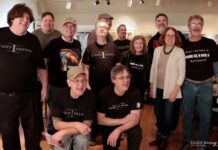 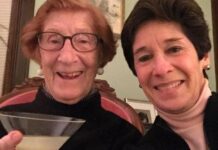 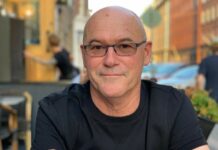 Somerville artist, Randal Thurston, says art is what completes him