Television viewers got to know Randy Price throughout four decades as a news anchor on three Boston stations. Along the way, he personally interacted with many of them while helping civic and charitable organizations whose missions are dear to him.

Price’s final sign-off was May 20 on WCVB-TV’s “NewsCenter 5 EyeOpener.”

“Channel 5 is the most renowned community-minded station,” he declared. “They not only got behind me and the causes that I cherish, I was able to get behind causes that they support. It was a dream come true and a treat to be there.”

His television broadcasting career began with the American Forces Radio and Television Service while serving in the U.S. Air Force, followed by anchoring TV news at stations in California and Ohio.

When Price was hired by WBZ-TV in 1982, he and his now-husband Mark Steffen relocated to Boston. In addition to anchoring WBZ’s morning news, Price hosted afternoon and evening programs. He also began raising funds and awareness for organizations of Boston’s lesbian, gay, bisexual and transgender community.

“When Mark and I first moved to Boston, we were very fortunate to meet pioneers of the LGBT movement and to be inspired by them,” he said. “These pioneers believed in getting the ear of public figures who were in power and they got their support. It was empowering to insist on being heard as everyone should be.”

A far-reaching audience heard Price after he spoke as an openly gay man in a 1990 interview for a Boston LGBT newspaper. The story prompted mainstream media coverage nationwide. At the time, Joan Rivers hosted a nationally-syndicated daytime talk show and he declined her invitation to appear as a guest to discuss secrets.

“It had never been a secret,” he emphasized. “Back then, there just wasn’t an opportunity to talk about it. Times were changing. For the most part, people were very positive and respectful.”

Price left WBZ-TV in 1995 due to his second drunk driving offense. In recovery, he has done speaking engagements for substance abuse prevention organizations and volunteered with Victory Programs, a nonprofit that assists individuals and families facing various challenges including addiction.

“I was unemployed for over a year and wondering if I would ever work again,” he acknowledged. “Although I was slow in getting to it, I don’t even consider drinking as an option now. Everything has been a progression of betterment since that chapter.”

He started working as a WHDH-TV reporter in 1996 and ultimately as anchor.

On Jan. 3, 2007, Price and Steffen celebrated their 30th anniversary by getting married outside the Massachusetts Statehouse. It was the day after a proposed ban on same-sex marriage advanced in the state legislature, as well as the outgoing governor’s final day in office.

“We loved the juxtaposition of events: Mitt Romney is leaving and we’re getting married,” Price recounted. “Mitt Romney was a foe of gay marriage, despite all the claims he had made when he ran for office.”

Soon after Price ended his 13-year stint at WHDH in 2009, he began anchoring WCVB’s “EyeOpener,” a comfortable setting for him to promote causes.

The couple had bred and shown cocker spaniels, which led to advocating for several animal welfare organizations. For as long as Price had worked in Boston media, he volunteered with the Massachusetts Society for the Prevention of Cruelty to Animals and emceed its Raise the Woof gala. MSPCA honored him at its fall 2019 gala for his longstanding commitment to the organization.

A Vietnam-era veteran, Price established a longtime bond with Home Base, a philanthropic partnership between the Red Sox Foundation and Massachusetts General Hospital. On Veterans Day 2019, Price hosted WCVB’s “Project CommUNITY: Helping Veterans Heal,” a telethon that raised over $300,000 to support Home Base’s clinical programs to treat veterans of all eras, service members and military families at no cost.

“My relationship with Home Base grew with Channel 5,” Price noted. “They carved out time on Veterans Day and we raised a lot of money for them.”

Each weekday morning after Price’s retirement announcement May 6 up to his final broadcast May 20, “EyeOpener” featured messages from numerous organizations’ representatives sharing their gratitude for the retiring anchor’s efforts.

“I’ve developed relationships with a lot of people from these organizations and I’m very moved to be hearing from them,” he said. “After a while, you’re not going to their events as a celebrity guest; they become your family.” 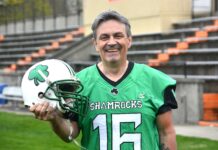 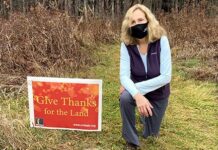 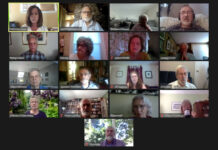 It’s good to be WISE 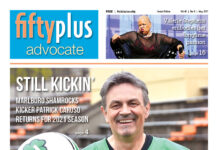 Fifty Plus Advocate May 2021 (Central Edition) 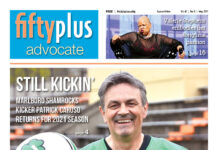 Fifty Plus Advocate May 2021 (Eastern Edition) 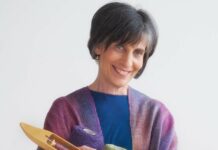