Grafton – Retired computer software professional Joe Kuras of Grafton returned his attention in recent years to a pastime of his youth: making music. Since 2018, he has performed monthly at Christopher Heights, an assisted living community in Marlborough; and St Camillus Health Center, a skilled nursing facility in Whitinsville, a village within Northbridge.

Kuras developed a rapport with the facilities’ residents and patients. His most recent show at each facility was in February before the COVID-19 pandemic prompted visitor restrictions and a 10-person limit on gatherings

“I miss these people,” Kuras said of his usual monthly audiences. “I’ve gotten to know some of them on a first name basis. A lot of them have become my friends.”

His experience entertaining in healthcare settings began when a 9-year-old Kuras sang at a Christmas party for patients at the now-closed Grafton State Hospital. As a preteen, he bought his first guitar and instruction manual for $15 at Worcester’s Kmart.

“I play mostly by ear,” he explained. “If I wanted to read sheet music, it would be like a second-grader trying to read the newspaper.”

After graduating from Grafton High School in 1971, he earned a bachelor’s degree in management information systems from Nichols College in Dudley in 1975.

While in college, he performed folk music with a trio called Jump-Leg Jubilee at venues in Cambridge, Holden, Worcester and Biddeford, Maine. They each played acoustic guitar initially, and ultimately added other instruments. Kuras added the mandolin and harmonica.

“Figuring out who we were musically was a great learning experience,” he recalled. “It’s intimidating to go onstage for the first time by yourself. None of us was alone; we relied on each other.”

Kuras was able to refocus on his musical interests after retiring from work and ending a 30-year stint volunteering for Grafton’s youth baseball teams, In 2013, he became a self-taught banjo player.

Several decades after learning to play guitar with an instruction manual, he was pleased to find YouTube videos of banjo lessons. Additionally, he discovered websites providing lyrics, chords and the ability to transpose to other keys at the touch of a button.

“The banjo intrigued me because it’s a laidback instrument,” noted Kuras, now nicknamed Banjo Joe. “You just pluck and strum – and it’s a good way to relax.”

His CD titled “Reflections of a Common Man” was released in 2017.

With his current collection of four banjos and a repertoire of about 200 songs, he felt it was time to perform in public more regularly. A favorite venue where he has performed is the Grafton Country Store with its adjoining Cones on the Common. He has also entertained at the annual Grafton Celebrates the Holidays.

In April 2018, Kuras began monthly shows at Marlborough’s Christopher Heights, where his mother-in-law resided. In May 2018, he started his monthly stint at Whitinsville’s St Camillus Health Center, where a cousin works. Although his mother-in-law passed away in March 2019, he maintained his commitment to making musical visits to the residents and patients.

“I pick out songs that I think they will enjoy – and they do,” he said. “It seems like no matter what I play, they enjoy it. I have fun playing for them and they appreciate it, so I kept going back.”

Kuras was rehearsing songs in February that he chose to play at his March performances. Then the pandemic restrictions took effect. He decided to livestream his show online and made it available to the facilities.

“When the time comes, I assume I’ll go back and play in-person again,” he said. “It will be nice to go back and pick up where I left off.” 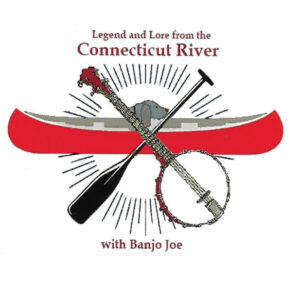 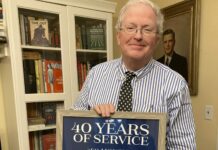