Arlington – Tom Formicola brings 30-plus years’ experience as a Boston-based arts and education administrator to his current job in Arlington, where he has resided since 2004. Now, instead of commuting for work to Boston, he’s serving as executive director at Arlington Center for the Arts (ACA).

Soon after relocating in 2004, he began a six-year term as a member and ultimately chair of Arlington Cultural Council. More recently, he performed with Arlington Friends of the Drama in its 2017 productions of “The Graduate” and “The Game’s Afoot.”

Formicola applied for the ACA executive director position last spring. ACA board and staff members interviewed him and other candidates throughout last summer, culminating with the job offer this past fall.

“At the end of the interview process, it felt like I won a prize,” he recalled. “While I went to work in Boston every day, I had a great appreciation for Arlington’s cultural community.”

Following two years as Massachusetts Cultural Council’s arts-in-education program coordinator, he worked four years beginning in 1992 as public relations director for the Strand Theatre in Dorchester’s Uphams Corner. The restored vaudeville house is owned by the city of Boston.

“This was a seminal position for me; I learned a lot about community arts at the Strand,” Formicola relayed. “We hosted Haitian music shows, a Vietnamese New Year’s celebration, a school kids’ performing arts series and Sunday-morning church services. I felt we were really part of that diverse community and everyday lives of folks who live in and around Uphams Corner.”

After completing three years as Boston Cultural Council’s director, he worked five years as executive director at Ford Hall Forum, the nation’s oldest continuously operating free public lecture series. According to the forum’s website, “Its mission is to foster an informed and effective citizenry, and to promote freedom of speech through the public presentation of lectures, debates and discussions.”

“I became the greatest cocktail party guest because I learned a little about almost everything,” Formicola quipped. “We presented lectures on a broad range of topics – politics, science and culture. It was our job to begin the conversation and the audience’s responsibility to figure which side of that conversation they’re on.”

In 2007, he began working six years as deputy director of First Night Boston. It was a year-round effort to prepare for the one-night celebration.

“We were always working toward that night because it’s a big event with lots of moving pieces,” Formicola explained. “First Night never lost its grassroots quality. The grand procession down Boylston Street is made up of schools and community groups with local artists – truly a diverse representation of Bostonians.”

Formicola worked two stints at Boston Center for Adult Education (BCAE). First, from 2004 to 2007 as director of education; then with the additional responsibilities of community engagement from 2016 to October 2019.

On Oct. 7, 2019, a post on BCAE’s Facebook page stated in part, “BCAE’s board of directors has embarked on a strategic planning process that will help us determine our future course – one that will look nothing like the BCAE that our founder imagined in 1933, and very different even from the BCAE of today.”

“BCAE is an organization whose mission I really loved,” Formicola shared. “We offered upward of 2,000 classes a year, and I had many amazing colleagues who were dedicated to the organization’s mission. Obviously, I’m very disappointed in the turn of events.”

“Having spent a lot of my career in Boston, it’s really meaningful being in a smaller community where the evidence of your work is all around you,” he said. “I live in Arlington, so I’m regularly crossing paths with instructors who teach our programs, students who take our classes and artists who participate in our exhibits. The work I’m doing isn’t just 9 to 5; it’s an ongoing dialogue 24/7.” 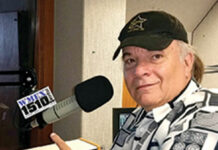 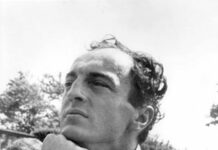 Poet Frank O’Hara’s imprint on Grafton is small, but large on the world 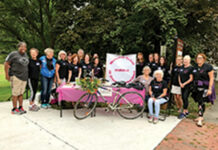 The beat goes on for Boston drummer Joe ‘Pet’ Petruzzelli