Boston – After graduating from Boston University, Ayele Shakur wanted to be a screenwriter. So, she moved to Los Angeles and secured some small writing jobs. But difficulties paying bills led her to another path; one on which she would spend the remainder of her career.

Shakur secured a job teaching first and second graders at the Compton Unified School District. It was also her first foray into public education, and she had only four days of training.

Shakur “saw incredible challenges based on the neighborhoods they were born into.” In addition to the traumas they experienced, the children lacked resources.

“There were no books on the bookshelves. The students didn’t know how to read or count to ten. We had to teach the basics,” Shakur explained. “There were so many inequities.”

But, she added, “wonderful children… were coming to me with curiosity and a desire to learn.”

Though challenging, the experience was “transformational, and I got hooked on education as a great equalizer,” Shakur said.

By the end of the school year, most of her 30 students could read.

Her determination led Shakur back to Boston, where she earned her master’s degree in education from Harvard.

“I wanted to be the best I could be,” she said of her subsequent work in the Boston school system.

After interning at and subsequently purchasing Boston Tutoring Center, which she ran for 15 years, Shakur found a passion for after-school programming; she had more freedom and opportunity to establish relationships with students. But she discovered that when students reached middle school, “they started to lose their lust for education. Something about the school system was demotivating.”

That’s when Shakur learned about Build, a national nonprofit that uses entrepreneurship as an engagement tool.

“I fell in love with the model and threw my heart into the ring,” she said.

“These are students capable of doing great things, but they need mentors in their corner, helping them open doors,” Shakur said.

She added that the students are often trapped in high-poverty, high-need areas and attend vastly underserved schools.

“It’s just so wonderful to work with them.”

The four-year entrepreneurship program begins as a school-based, teacher-led class. A year-long experience follows, during which student teams work with community-based mentors to develop business ideas and plans and pitch their ideas to investors with the objective of securing seed money to prototype their products.

Build holds “selling events,” like business expos, where students can sell their products. Secret shoppers not only purchase students’ products but also provide feedback on business pitches and product packaging, for example, all in the name of learning.

At the end of the school year, students present their business plans in a competition. With several regional chapters across the country, participants come together and compete in an annual gala, where attendees – which can include local politicians, school district leadership and area business leaders – can purchase students’ products. Each group makes their pitch on a stage.

Shark Tank’s Kevin O’Leary served as a judge at a past competition.

“Kids get to meet local entrepreneurs but they also get to be nationally recognized,” Shakur said.

Regardless of the competition outcome, students ultimately learn how to communicate with other business professionals and advocate for themselves.

Other program components include bringing a business to life and securing customers. Students are mentored in marketing, customer service, sales and social media. Some teams learn how to develop websites and grow their businesses through e-commerce.

By their junior year of high school, students are guided through career shadow days, internships, interview skills and resume building so they can market themselves. Shakur said that the students identify their passions so they can turn their passions into a career.

Social entrepreneurship also plays a big part in the program. Participants focus on social issues like health and wellness; homelessness; or violence and learn to use entrepreneurship to improve their neighborhoods and communities.

Build has been an undeniable success. About 98 percent of participating students graduate, which is no small feat. Because the program focuses on schools where graduation rates are typically below 50 percent, Shakur attributes the numbers to the students feeling a strong sense of themselves.

“They’re getting the mentoring and entrepreneurship mindset,” she said.

More than 95 percent of graduates get accepted to college, and about 80 percent attend a two- or four-year college, where they bring social emotional skills; communication; problem solving and collaborative skills; and self-management they learn through Build.

“These students are set up for success in school and life,” said Shakur.

How does Shakur measure Build’s success?

“Our success is that they find their passion.” 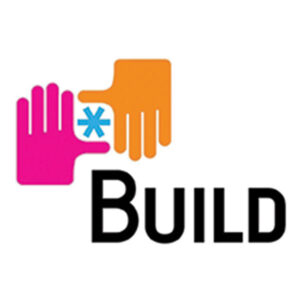 Daniel Hondor, coach for the ‘sport of kings’

Tina Olton – Many ways to live a life