Cambridge – Zarita Araújo-Lane does not take “no” for an answer. She is constantly taking on new challenges. And she is a woman with tremendous compassion.

Araújo-Lane grew up in a multi-lingual family on the beautiful Portuguese island of Santa Maria.

“My mother,” she said, “was a nurse who took care of travelers at our island’s international airport. I would follow my mother around and carry her supplies.”

Araújo-Lane’s first job was at a Cambridge curtain factory.

“I observed unfair treatment of my co-workers,” she said, noting discrimination against Portuguese-speaking Cape Verdeans. “I wanted to stand up for women who could not speak up for themselves.”

Bringing these issues to the attention of her boss was to no avail. But Araújo-Lane found ways to help her coworkers with their personal problems.

“I referred them to social services and battered women shelters,” she said.

Araújo-Lane’s big break came when she qualified for the federal job training program called CETA and landed a job at Cambridge Hospital on a government-subsidized salary.

“At first, the supervisor sent me around the hospital to different departments and I did odd jobs,” she recalled. “One day someone asked me to mop the floor. After that, every few days I would knock on the hospital president’s door until he finally invited me to come in.”

The president re-assigned Araújo-Lane to the head of human services who “was wonderful,” Araújo-Lane reminisced. It was quickly realized that Araújo-Lane could help patients communicate with medical providers in crucial situations. Ultimately, the Cambridge Hospital translation service led by Araújo-Lane became the second of its kind in the U.S.

During the four years Araújo-Lane spent at Cambridge Hospital, she earned a bachelor of arts degree at UMass-Boston and a master’s in social work at Simmons College. As at the curtain factory, she was sympathetic to hospital workers.

“This time, I sided with the medical residents,” she recalled.

During negotiations between the residents’ union and the hospital, she agreed to translate the union pamphlets for distribution to the Portuguese-speaking community.

“In return,” recalled Araújo-Lane, “the residents agreed to train my new medical translators.”

After leaving the hospital, Araújo-Lane worked for 10 years at a North Shore agency, combining the roles of clinical social worker, translator and interpreter. In 1996 she founded Cross Cultural Communication Systems. Today, CCCS offers interpreter and translation services to many clients.

“Our 300 independent contractors are proficient in 40 different languages. Many have expertise in a particular medical field or culture, she noted. Clients include hospitals, unions, city halls and lawyers.

“We match the client with the translator best able to handle the job,” she said. Training is also available on-line and at various locations.

For the past 40 years Araújo-Lane has been married to a physician she met as a young woman in the CETA program at Cambridge Hospital. They have three daughters — one studying medicine, and another practicing hospital social work. 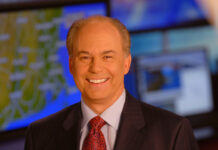