Auburn – They join for the opportunity to sing in a group. They stay because of the friendships and camaraderie they experience as they work toward a common goal alongside people they otherwise probably would not have met.

Seven years ago, composer and sound designer Tony Lechner founded a chorus in the Pioneer Valley of western Mass. that sings rock music with a mission of “healing ourselves and others through song.”

Today, that venture has blossomed into 15 choirs called Rock Voices spanning the northeast states with memberships ranging from 20 something up to 250.

The choirs sing tunes from the 50s and 60s to the present by diverse artists like Elton John, Aretha Franklin, the Monkees, Foo Fighters and Led Zeppelin.

A live rock band backs them at concerts.

“When people from diverse backgrounds and ages come together in any community, there is always the potential for healing to happen,” Lechner said.

Lechner is executive director, music arranger and conductor of the groups in Northampton, Hadley and Brattleboro, Vt.

He said that for some members, just getting out of the house proves beneficial. For others, it’s an opportunity to heal from being told at an early age that they couldn’t or shouldn’t sing.

“Rock Voices gives everyone a chance to take back their voice and their freedom of expression in a way no other activity can,” he said.

No auditions are required. Voice recordings are provided so that members who can’t read music can learn by ear.

On Thursday nights in Auburn, Connie Galli, a retired music educator and now adjunct instructor at Anna Maria College in Paxton, patiently teaches each section its parts, measure by measure, note by note.

Galli, who led award-winning show choirs at Shepherd Hill Regional High School in Dudley, said it was a “logical next step,” to direct Rock Voices Auburn, beginning in fall 2017.

“It’s the most eclectic group you can put in one room,” Galli said, clarifying she wasn’t referring to the mix of ages. “We have everyone from the very shy and prim all the way to the most over the top characters… They are united by a common bond and feel connected and comfortable here.”

Alto Jan Fehribach, 62, of Shrewsbury, joined the group at its inception. Although she sang in school and in a classical choir in England, that genre “wasn’t her thing.”

“This (music) is exactly what I wanted. I came and thought, `I’ve found my people,’ and never looked back.”

Soprano Eileen Voegtlin of Dudley, “approaching 70,” said she hadn’t sung since high school. Now a widow, she was a bit depressed and uncertain when she joined.

“Every week, everyone is so pumped with energy and happy and smiling,” she noted. “It really made a difference and lifts my spirits.”

Voegtlin enjoyed the Auburn experience so much that she also performed with the Framingham and Bedford groups.

Choir hopping is common. All groups perform the same material so if you miss a weekly rehearsal in one spot, you can practice in another. And, you can perform in multiple concerts if you want.

Tenor Valerie Beals, 50, of Wilbraham, studied vocal performance in college and is a frequent soloist and member of three groups: Northampton, Auburn and Brattleboro.

Beals said her record stands at singing at seven concerts in one season although, “if there was a way to teleport myself to all of them, I would.”

Suzanne DiCicco, 70, of Shrewsbury, hails from a musical family and is a tenor in Rock Voices Framingham. She believes that all that practicing deserves more than one outing so she also sings in Auburn and Bedford.

“The atmosphere is a little different with each group but the overall vibe is the same: friendly, creative, welcoming non-judgmental people getting together to do something they love,” she said.

Chris Mudd, 68, of Worcester also lent his bass voice to those three groups and jokes about there being safety in numbers. (Auburn has 89 members). He advises newcomers to sit next to people with good pitch and enjoy watching their confidence grow.

“I love the community of the group, beyond the singing. I like going from spot to spot and getting to know people from other groups. There are no feelings of being an outsider…It goes away the minute you get in the room,” he said.

“There’s no judgment, no attitude and everyone respects each other,” added Michael Garceau  of Southbridge, 59. “You don’t always get that…At Rock Voices, everyone will greet you with a smile.” 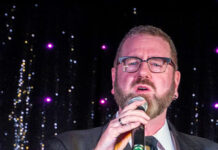 Continuing to help singers find their voice through cabaret 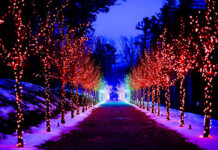 The Trustees announce return of Winterlights for the 2019 holiday season 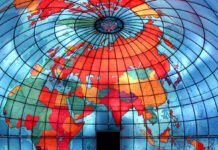 The Mapparium® in Boston offers a senior discount 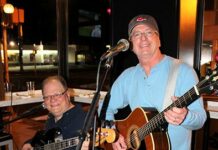 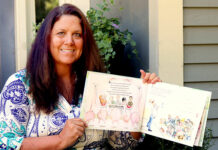 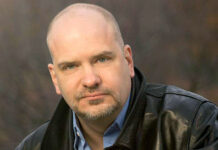 Returning home to theater family for the holidays