Marlborough – Over three decades ago, Bill Fiske was working as a VP Controller of First National Bank in Marlborough. He was also a member of the Marlboro Lions Club and learned that they needed a fundraiser. As an active participant in triathlons, he, along with Randy Scott, put together the first Lions Club triathlon in 1985, through which almost $9,000 was raised.

Inspired by that success, Fiske founded Fiske Independent Race Management (F.I.R.M.) in 1985, which “turned every weekend into a race weekend.”

“We have managed thousands of road races, duathlons, and triathlons and have raised in excess of $3 million to date,” Fiske explained. “I have personally participated in over 400 races as well.”

His daughter, Wendy, also worked for 35 years for F.I.R.M. and retired to Florida not that long ago. Fiske hopes to follow in a few months time where the warmer climate will help with his recovery from his upcoming hip replacement surgery.

“I was playing golf not that long ago and I hope to get back to running as soon as I am able to. My goal is to run in a race next year,” he said.

Fiske has had so many highlights throughout his career. Some include being elected to the USA Triathlon Board of Directors, running the Olympic Torch from Hudson to Marlborough in 1996, being on the press truck for the Boston Marathon with the local Marlborough radio station WSRO, running the Forest Memorial Road Race from the Wayside Racket and Swim Club in Marlborough for 25 years, participating in the Mayor’s Charity Run and the FirmMan Half Iron Triathlon in Narragansett, and so much more.

“As an athlete and a runner, there is the thrill of being able to finish something challenging. I always get a feeling of accomplishment. I feel proud to have also run in eight Boston Marathons. There are so many connections made along the way. Those I hold very dear,” said Fiske.

One of the biggest races has been the Danskin Women’s Triathlon, held in Webster. The money raised from that race went to the Susan G. Komen Breast Cancer Foundation. There were 3,600 athlete participants and they had to start in “waves” of 100 people at a time.

“This was the second- or third-largest race in the United States,” said Fiske.

One of the things that has surprised Fiske the most while looking back at his expansive career is that so many people have contacted him to share how he and his team have positively affected their lives.

“I didn’t realize that just by doing what I do, I was changing people’s lives. I get to see the happiness of the athletes, raise money for charities and meet great people along the way,” said Fiske.

While talking about his recent retirement, Fiske said: “I have had a great go and I hate seeing it end but I know it’s time. I have an interested … party wanting to purchase my nonprofit F.I.R.M. They will keep the website going as is, so I do feel good about that. I hope to come back and help.” 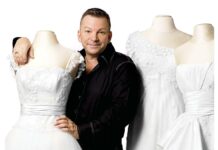 Boston fashion designer got his start at an early age 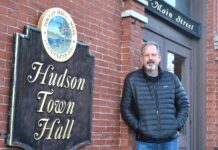 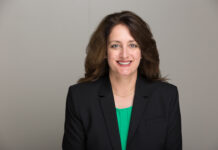 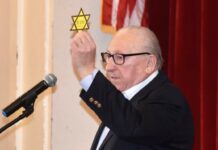 ‘We must push mandates’ to end the COVID-19 pandemic