After 9/11, Abington woman focuses on giving back to those in need 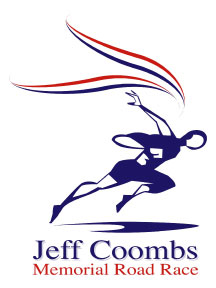 Abington – For Christie Coombs, the second act of her life started on Sept. 11, 2001. That was the day her husband, Jeff, died in the terrorist attacks. Jeff, who worked for Compaq Computers, was a passenger on American Airlines 11.

His wife and three small children were devastated but were immediately surrounded by love, compassion and support. Buoyed by that spirit, Coombs was able to forge her way ahead, and now continues to give back thousand-fold.

Is not the life she thought she would have, she admits. But it is one, she said, that helps her cope and keep moving forward.

Coombs grew up in Yuma, Ariz., the youngest of 12 children; much of her family still live there. She attended the University of Arizona “because three of my sisters went there – I didn’t even apply anywhere else!”

She had always had an interest in writing, she said, so she pursued a degree in liberal arts with a minor in journalism. In her freshman year, she met Jeff, who was originally from Dedham. After they graduated, the couple married and moved to Abington. Coombs worked as a newspaper reporter and in public relations and continued to work part-time after the couple’s three children -Matthew, Meaghan and Julia – were born.

As devastating as that day was, one of the worst parts, Coombs said, was waiting on her doorstep for her children, who were then only 13, 11 and 7, to come home.

“I needed them to hear the story from me,” she said.

In the ensuing days, she said, “we talked about [Jeff] a lot. What a great husband and father he was. How funny and kind he was.”

In the midst of such grief, countless people, most of whom did not personally know the Coombs family, sent monetary donations, gifts for the children and letters.

Also reaching out was Sen. Edward Kennedy, who personally called each Massachusetts family affected by the attacks.

“He first said he was calling as someone who had also been affected by tragedy, he knew how we were feeling and wanted to extend his sympathies,” Coombs said. “Then he said his office would be helping us.”

The senator was true to his word, assigning each family an advocate who helped them work through the myriad of red tape and paperwork.

“It was an important part of our married life,” she said. “I really wanted my kids to know that God did not do this. We have all have free will.”

“We needed to find a positive way out of the darkness,” she added.

That November, the family decided to hold a yard sale and auction that would benefit the families of the immigrants who had worked at the restaurant Windows on the World at the World Trade Center.

She, along with other family members, then decided to start a foundation in her husband’s name.

“We just had to do something,” Coombs recalled. “I personally needed a place to put all this grief, all this sadness. We had been given so much – we wanted to help others.”

In the spring of 2002 the foundation kicked off its signature event, a 5k road race, walk and family day. Since then nearly $100,000 has been raised each year, with all funds going to those in need, helping with things such as bills, funeral costs, vacations, summer camps, holiday gifts, and grief counseling.

The foundation also grants a number of scholarships each year to Abington High School students.

“The criteria is not to just be the top academic in your class but rather ‘do you give back through community service?’” she said. “That is what is really important.”

Coombs is also very involved with the Massachusetts Military Heroes Fund (MMHF), a private, nonprofit 501(c)(3) organization dedicated to providing support to the families of military personnel with ties to Massachusetts who have died as a result of active duty service post 9/11/2001.

Each Memorial Day the group plants small American flags at the Boston Common in memory of those who have died in service to our country. This year, 37,000 flags were planted along with another 325 flags honoring those who died as a result of their post 9-11 service.

“We really wanted to do something meaningful for Memorial Day,” Coombs said, “and not just make it about mattresses and car sales.”

That sentiment is also something she feels strongly about regarding Sept. 11 as well.

“I don’t want that day to become a national holiday,” she stressed. “I would rather see it become a day of service.”

Although the Jeffrey Coombs Foundation will continue on, next year will be the last for the 5k, Coombs said.

When not working on the foundation or MMHF, Coombs enjoys traveling, often to destinations in New England, Florida or back to Arizona. Next February she will be taking a trip with her sister Anne-Marie to a most unlikely destination – Antarctica.

“When she asked me, I said, ‘Sure, OK, why not!’” Coombs laughed. “It will be their summer then, so it shouldn’t be too bad. We will first fly to Buenos Aires and then have to go through the Drake Passage which can be a little rough, from what I have heard. But I’m trying not to think about that part too much!”