Years ago, when Michèle Meagher first heard that Arlington’s Robbins Library was seeking a program coordinator for their brand-new program series, she rushed home to pull her resume together to submit before the rapidly looming deadline. She knew that the job would be a perfect fit for her.

The idea behind the series, initially funded by a seed grant from the Massachusetts Board of Library Commissioners, was to provide programming to the then underserved 50-plus population. For Meagher, as program coordinator, that meant “plugging in” to the interests of older adults, and offering presentations not only about Medicare and Medicaid, but those that would also include different topics designed to enlighten, inspire and entertain.

The result has been a great success. The “Plugged iN at the Robbins” series, now funded with the help of the John F. Barry and Margaret O’C. Barry Memorial Fund, is currently in its seventh season. 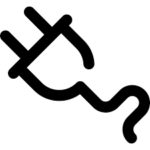 “Plugged iN is by far one of our most popular program series for adults,” remarked director of libraries, Andrea Nicolay. “It has a strong following, and a lot of that has to do with Michèle’s vision and creativity.”

“The programs are presented at no cost to the public,” said Meagher, “and although they are targeted at [the] 50-plus [age group], anyone is welcome.”

When asked how she comes up with ideas for programs, Meagher, who herself is “50-plus,” admitted with a laugh, “I’m a good guinea pig. If it interests me, it will interest others.”

The program season runs 10 months, September through June. During the summer, she and Nicolay sit down together and discuss the upcoming season.

“We both keep up on current events, so between Michèle’s familiarity with Arlington and the issues facing the 50-plus crowd, and my knowledge of the library’s big-picture program calendar, we have a great conversation,” explained Nicolay. “The series for the upcoming year starts out as a brainstorm and then evolves and gets tweaked as the year unfolds and new opportunities present themselves.”

Meagher likes to keep two programs per year open for just such opportunities, such as a timely presentation hosted by Plugged iN last December on bystander intervention training. The program provided education on using verbal techniques to derail hateful speech with those in one’s personal life, and in public hate incidents.

Plugged iN programs, such as “Adult Children Caring for Parents,” and “Home Sweet Home – or Not: How to Decide Whether You Should Stay or Move in Retirement,” focus on specific issues faced by seniors.

Meagher also likes to offer presentations which correspond with the annual Arlington Reads Together event in March. Last year, “On Becoming Nicole” was the featured book; the Plugged iN program that month provided an introduction to the transgender community.

One of Meagher’s favorite programs, from Plugged iN’s second season, was a presentation she coordinated in honor of Julia Child’s 100th birthday. Three people whose lives had been touched by Child shared memories of the world-renowned chef, cookbook author and television personality, as well as their thoughts and reflections on how she had inspired them. Guests included Mark DeVoto, whose mother, Avis, encouraged Child to pursue publication of her “Mastering the Art of French Cooking.”

Since the beginning of the series, music has always been an important part of Plugged iN programming. The season opens with a musical performance in September and ends in June with an outdoor concert.

“The musical programs are always well received,” said Nicolay. “There’s nothing like live music to bring people together and foster good energy.”

“The Barry sisters loved music,” said Meagher, referring to the late Evelyn C. and Mary P. Barry, who established the memorial fund in honor of their parents.

“The Barry sisters were devoted to music and the arts, and loved the library as a community center,” agreed Nicolay. “The Plugged iN series is one way we honor their legacy.”

She feels that Meagher, through her Plugged iN programming, has helped to foster that sense of the library as a welcoming place for the 50-plus age group.

“These days you read a lot about the epidemic of loneliness in American society,” she continued. “Public libraries can be a hearth, a gathering place of humanity and warmth, a place that offers experiences that can be life-changing.”

“Plugged iN promotes all of those concepts,” Nicolay concluded.

To sign up to receive notification of Plugged iN events by email, go to www.RobbinsLibrary.org and join the library’s mailing list by checking the “Plugged iN @ the Robbins” box. 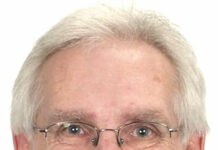