As the investigative reporter for Boston’s NBC affiliate WHDH-TV, Hank Phillippi Ryan is one of the most recognizable faces in local television news. She is glamorous and charming but, as anyone who has been on either side of her investigations knows, she is also steely, determined and tenacious. Those she has helped over the last 30 years are grateful; she has influenced the passing of new laws, returned millions of dollars to consumers, rescued homes from foreclosure and exposed scams. Those who have been on the other side of those stories have received their just due as well, often ending up in prison.

For her efforts, Ryan has won numerous awards including 33 Emmys and 14 Edward R. Murrow awards.

It’s a career that she loves and has no plans to quit anytime soon.

But there is another side to the acclaimed reporter, one that has also won her praise and awards. Since 2007 Ryan has been a successful mystery novelist. Her 10th book, “Say No More,” will be released this fall.

Succeeding at one challenging career is difficult enough, but excelling at two is extraordinary, especially one that started at an age when many people traditionally think of slowing down. That is not an idea that has ever entered Ryan’s head. She is too busy enjoying every moment of her two career paths. And the fact that she is now 66 is important only in that she is at a time of her life she said where she feels “powerful, emotionally and intelligently. “

“I’m at a point where I have a different way to look at the world – with power and confidence,” she said. “I have an obligation to use that to the fullest.”

She encourages others to pursue their dreams as well, no matter what age.

“You can plan all you want but that rarely works out,” she said. “Life is a series of opening doors – we can all have amazing experiences if we take a chance, stay curious, stay connected and stay interested.

“Look in your heart – what is it that you really want to do? I started writing at age 55. If you’re 50, you may still have half your life ahead of you. That you would want to start shutting down – that’s just astonishing. You could have a whole new career ahead of you. Put your passion to use and spread your wings.”

She readily admits that she wasn’t always the outgoing, confident woman that WHDH viewers are used to seeing on their televisions. Growing up in rural Indiana, she said she was “geeky, nerdy and unpopular.”  But she was also an avid reader, spending hours in the haystacks in her family’s barn getting lost in the world of Nancy Drew and Agatha Christie.

In 1971, as a young woman right out of college, she found a job at a radio station despite having no journalism experience, simply because she pointed out to the station manager there were no women on staff at the time. After several other jobs, she worked as a reporter in Indianapolis and Atlanta before coming to Boston in 1985.

“I always wanted to be a mystery author and a detective. In a way, my work as a reporter is like being a detective,” she mused. “I get to solve puzzles by using my research and analytical skills to come up with the answers.”

“Growing up when I had a question, my mom [Miriam Landman] would say ‘Go and find out.’ So that’s something that I learned to do – learning where to find answers,” she added.

Her career as a reporter has proven to be fertile ground for her writing career.

“I had always wanted to be a mystery author but didn’t really pursue it until one day at work I had an idea after opening a spam email by mistake,” she said. “I came home and said to [her husband] Jonathan that I wanted to write a book. How hard can it be?”

“I was so naïve – I just plowed ahead and started writing,” she laughed.

But about half way through, she hit a wall and didn’t know if she had what it took to finish it.

Once again, her mother came through with practical advice.

“She said, ‘Well, you will if you want to,’” Ryan recalled. “That made sense to me – I knew it was up to me. All of my passion, will, desire, compulsion and obsession would help me do what I wanted to do.”

The result was “Prime Time,” the first in Ryan’s Charlotte McNally series. To her delight, the book won the prestigious Agatha Award for best first novel of 2007. Since then Ryan has written nine other mystery novels, winning numerous awards and praise. Her new book, “Say No More,” will be out this fall.

McNally is a reporter in her mid-40s based at a Boston television station who is feeling the heat of the youth-obsessed media. But, as she proves, experience, a strong work ethic and a desire to help others are integral to success.

“These are empowerment books that prove we have our whole lives ahead of us – proof that we are still fabulous,” Ryan said.

Her other book series features newspaper and then television reporter, Jane Ryland.
“These are big exciting thrillers, in the vein of Harlan Corben, with the plots ripped right from the headlines,” Ryan said.
In her new book, “Say No More,” Ryland is involved in producing an expose on the sexual assaults on Boston college campuses and the “terrifying power of silence” on that investigation. The book will be out Tuesday, Nov. 1, in hardcover and digital.
“I have always vowed to leave the world a better place and leave a legacy,” she said. “Through my work on TV I have changed lives and through my books I have entertained and informed.”

By all accounts the “geeky, nerdy and unpopular” little girl from Indiana has indeed done just that. 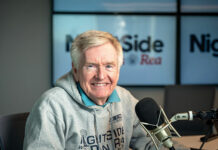 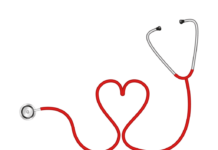 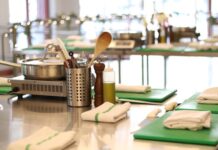 The KITCHEN at Boston Public Market 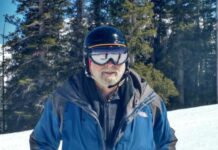 Skier’s passion for the slopes remains strong after five decades 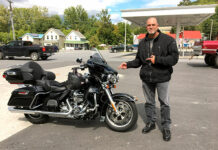 Marlborough man sees the country from the seat of his motorcycle