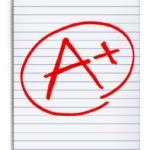 Boston – Massachusetts is the healthiest state in the nation for older adults, according to the recently released 2016 America’s Health Rankings Senior Report. This is the fourth year the comprehensive analysis of senior population health was published by the United Health Foundation. Last year Massachusetts was ranked sixth.

“This report highlights the outstanding collaborative work being done by state agencies and our private partners in ensuring the health and wellness of our older adults,” Gov. Charlie Baker said.

Among the report’s findings, Massachusetts scored highly due in part to reductions in rates of physical inactivity and smoking, a low rate of hip fractures, and greater availability of community support for older adults. It also ranks Massachusetts as number 1 in the nation in two key senior health benchmarks: the percentage of adults aged 65+ who have a dedicated health care provider, and the percentage of adults aged 65-75 who are actively managing their diabetes.

America’s Health Rankings Senior Report ranks the health of older adults on a national and state-by-state basis across 35 measures of senior health.

“The findings of this report are especially encouraging as our senior population continues to increase in Massachusetts,” said Marylou Sudders, secretary of the executive office of health and human services.  “It is gratifying to see that older adults are living longer and healthier lives and that the state plays a role in helping them maintain their independence and good health – both mental and physical.”

“This report reflects successful, collaborative efforts in the Commonwealth that have resulted in improvements in physical health, such as fewer hip fractures and greater self-management of diabetes. We plan to continue with those efforts, as well as focusing on initiatives to improve the mental and cognitive health of older adults,” said Alice Bonner, Secretary of the Executive Office of Elder Affairs.  “We will continue to build on Massachusetts’ strengths in addressing social determinants of health such as food security, nutrition, and our overall commitment to community support to improve the health of seniors.”

“This ranking highlights the incredible work being done by stakeholders across the public health and healthcare spectrum to ensure that all citizens of the Commonwealth lead healthy, productive lives,” said Dr. Monica Bharel, Commissioner of the Department of Public Health.

“Massachusetts consistently leads the way in public health measures, and we are proud of the work being done by the state and our partners for older adults.”

The report, which is meant to serve as a resource for individuals, community leaders, policymakers and public health officials to benchmark each state’s performance on key measures of health and wellness, includes specific indicators which illustrate how Massachusetts came to be ranked as first in the nation for senior health, including: