Ben Kunz wanted to do “the green thing” and save on his electric bill without paying a lot of money up front. So instead of buying a solar system for his house in Cheshire, Conn., he leased one.

“I thought it was a pretty good deal,” he said. “I lean a little environmentalist so I’m concerned about global warming.”

Increasing numbers of U.S. homeowners are relying on the sun to meet much of their hot water and electricity needs. In fact, residential electricity produced by solar in the first quarter of 2013 was almost 10 times higher than that generated in 2008, according to the Solar Energy Industries Association.

But the potential for more is huge.

Consider this: “The amount of solar energy falling on the United States in one hour of noontime summer sun is about equal to the annual U.S. electricity demand,” the Energy Department reported in its SunShot Vision Study.

A Gallup poll in March found that 76 percent of Americans thought the country should put more emphasis on producing domestic energy from solar power.

“We found that a lot of people were afraid to go solar because they were too afraid of what they didn’t know,” said Ketch Ryan, who had a solar energy system installed in her Chevy Chase, Md., house several years ago.

To help neighbors, Ryan and Kirk Renaud founded a cooperative, Common Cents Solar, “to make sure we didn’t have to reinvent the wheel. We can do it together and we can do it more efficiently.”

The first thing is to get your roof assessed to see whether it’s viable for solar. The roof’s condition, material and angle are among the considerations.

One misconception is that you need a south-facing roof.

While south is optimal, solar can be stalled on roofs facing east and west, too.

“Walk outside on a sunny day and look at the roof,” advises Rhone Resch, president and CEO of the Solar Energy Industries Association.

Is the roof covered with shade? If not, your house may be a good candidate for solar. Some solar companies use Google maps for a first look before sending out staff for a fuller assessment.

Homeowners also worry that solar may not be viable in northern states. California leads the nation in the capacity of installed residential solar units, with Arizona a distant second. But New Jersey comes in at No. 3 and Massachusetts is eighth, according to the association.

Kunz says he’s saving money. He now pays about $140 or $150 for electricity each month, down from about $220. And the total includes his $115 lease payment to SolarCity, a California-based solar company that operates in 14 states, including Massachusetts.

Cost is another factor that holds people back.

Purchasing and installing a solar system can cost thousands of dollars, depending on how much electricity you want to generate.

“You’ll need to pay for it up front,” Resch said. Some people use home equity loans, or lines of credit or other means of financing.

Incentives like tax credits and rebates can bring down the cost. Homeowners who install solar electric or hot water systems could be eligible for a federal tax credit of 30 percent of the cost. States also have tax incentives. Check the database at www.dsireusa.org.

Want to go solar but don’t have the money to buy a system? Try leasing one.

“We think of ourselves as an energy provider,” he said. “Installation is free and the customer pays for electricity.”

Solar-generated electricity, that is, for a monthly fee. The cost is lower than if purchased through the electric company. But if you lease the system, you won’t get to take advantage of rebates and credits.

“We insure the system for the customer,” Bass said. “We provide monitoring service. We provide repair service… . And we also guarantee the performance of the system.”

Jeff Hodgkinson of Mesa, Ariz., said it was that full-service option that prompted him to lease. He paid the full cost of the 20-year lease at the start and expects to begin realizing the savings in about five years.

Going solar for his electricity and hot water was part of a broader effort, he said. “We had moved into a new home,” he said. “One of the things I wanted to do was make the house very energy efficient.”

The Energy Department’s Office of Energy Efficiency and Renewable Energy has a similar message. Sam Rashkin, chief architect in the agency’s Building Technologies Office, said people should consider solar “If it complements an energy-efficient house and can reduce their energy requirements.” He said other energy-efficient features include well-insulated walls, high-performance windows and energy efficient heating and air conditioning system.

If your options include solar, don’t think you can drop the electric company altogether, though. You’ll need it as a backup for those cloudy, rainy or snowy days when sun is at a minimum, or when you’re using more electricity than your solar system can produce. — AP 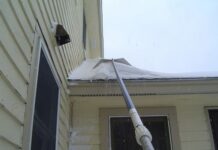 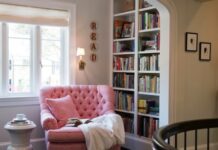 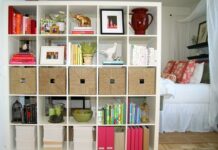 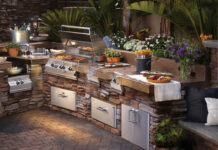