Whom do I trust?

If you really want to know, I trust my friends, otherwise they wouldn’t be my friends.

I trust most family members; the ones I don’t I keep at arm’s length.

Finally, if you want to know if I trust my government, the answer is more complicated.

I trust myself to vote for individuals who I believe share my general philosophy. Once those people get into office I am often disenchanted with some of the decisions they make on what is presumably my behalf. 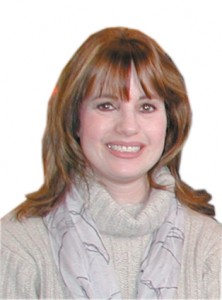 So, I would have checked off “basically content” with the federal government, which was one of the questions asked in a survey to gauge public sentiment of government that was part of a new report by the Pew Research Center. The report by Pew was based on a series of questionnaires about the public’s opinions on government. The main survey, which was conducted in March among 2,505 adults, found that just 22 percent trust Washington almost always or most of the time. Nineteen percent are “basically content” with the federal government.

These numbers represent the lowest measures in half a century; with a steady decline happening since 2002, when a Gallup poll showed overall satisfaction at 59 percent.

Americans are frustrated (56 percent), rather than angry (21 percent) about the goings on in government. Pew attributes this general mistrust to a “perfect storm” of conditions: a dismal economy, an unhappy public, bitter partisan-based backlash and epic discontent with Congress and elected officials.

Americans fear Washington has become too big and powerful. We want less government oversight, with the exception of greater regulation of major financial institutions. Many Americans (30 percent) actually fear the federal government is a threat to personal freedom.

For the most part, the public is singling out members of Congress, rather than a broken political system, as the problem.

If Republicans think this is a time to celebrate — with mid-term elections coming up — the poll shows equal opportunity disillusionment over both parties. Lackluster confidence in congressional incumbents is approaching an all-time high.

Pew reports the Tea Party movement, a small but fervent anti-government constituency, could also be a wild card in this election. Especially since independents say the movement represents their point of view better than does the Republican Party, which traditionally fares well with independents.

Over the last year, favorable opinions of Congress have declined by half — from 50 percent to 25 percent.

When asked to comment on a series of criticisms aimed at elected officials in Washington — that they care only about their careers, are influenced by special interests, are unwilling to compromise and are profligate and out-of-touch — no fewer than 76 percent agreed with each statement.

Though Americans have a better view about government agencies and institutions, favorable ratings have been declining for the Department of Education, the Food and Drug Administration (FDA), the Social Security Administration, the Environmental Protection Agency, NASA and the Centers for Disease Control (CDC).

The most serious complaints were that government runs its programs inefficiently (50 percent) and that it has the wrong priorities (38 percent).

Such disenchantment begs for some kind of action. The question remains do we have the energy or inclination to do something drastic?

Kevin Phillips wrote Arrogant Capital: Washington, Wall Street, and the Frustration of American Politics in the mid ’90s, theorizing on why our country came to be embroiled in such a political quagmire. He opined that Washington “has become like a fortress, more and more bloated and inefficient at a time when the rest of America has cut back and toiled to rebuild itself.”

He suggested five changes to improve the system: Disperse power away from Washington; curb the role of lobbies, interest groups and influence peddlers; regulate speculative finance and reduce the political influence of Wall Street; reverse the trend toward greater concentration of wealth; and shift U.S. representative government more toward direct democracy.

This last suggestion intrigues me since it would empower the public to steer its destiny. Phillips suggested that we ratify an amendment to the Constitution that sets up a mechanism for holding nationwide referenda.

“The citizenry” would replace Congress and the president in making certain national decisions. A national advisory commission or citizen’s group would oversee the system.

Some of Phillips’ text is scarily prophetic when you consider all that has happened since he wrote Arrogant Capital. Yet, I wonder where our country would be today had we taken to heart his recommendations.

While it is highly improbable or even illogical to redesign the framework of our government, at its core, Phillips’ philosophy ratifies the notion of governing by public sanction.

So, what are our options? The easiest and most logical action is to disregard frustration and embrace involvement in the process. But, most of us don’t have enough time with family and work obligations stretching us to the max as it is.

That leaves us with the best weapons we have always possessed but rarely use. If we all put an hour a week aside to write letters, send emails or call our elected officials to the point of distraction, we should get their attention. And, of course we can vote at every opportunity.

When it comes right down to it, the trust factor stops with us.

Spring cleaning and the dusty mind