Second marriages are as common in the 50 plus population as they are with younger married couples. Couples who have remarried are often unaware of the legal and financial implications of their marriage.

There are significant estate planning consequences to remarriage. Under Massachusetts law, marriage invalidates an existing will. This means, for example, that if a person established a will leaving his assets to his children, the will becomes null and void the moment he remarries.

The default under Massachusetts law in the absence of a valid will is that assets go half to the spouse, and half to the children. This result may be undesirable, especially if the surviving spouse has her own children. Children from prior marriages add a level of complexity to the planning process. In a traditional first marriage scenario, spouses usually leave assets to each other, and then to the children when they are both gone. However, when each spouse has his or her own children from a prior marriage or relationship, they may hesitate to leave the assets to each other because there is no guarantee that the surviving spouse will include the children of the deceased spouse in his or her will.

These couples require special estate planning solutions, such as trusts that would allow the surviving spouse to benefit from the assets and then direct the assets to the couple’s respective children upon both their deaths.  Spouses in a second marriage should be aware that if they own assets jointly with another person, such as a spouse or a child, the joint owner will inherit that asset entirely upon death, regardless of what their wills or trusts provide. Spouses should also pay attention to beneficiary designations on their retirement plans and life insurance policies, as these are often overlooked.

As spouses in second marriages age, they should have health care proxies and powers of attorney in the event of incapacity. Second spouses and children often do not see eye-to-eye on healthcare and financial matters, so it is crucial that each spouse designate a decision-maker to avoid stressful and costly disagreements among family members.

Health and financial benefits is another area where remarriage has a significant, and frequently overlooked, effect. Spouses who wish to keep their assets and liabilities separate may be shocked to discover that both spouses’ assets are counted for Medicaid/MassHealth purposes. If one spouse needs long-term Medicaid benefits in a nursing home setting, the other spouse’s assets must be included in private pay spend down. Prenuptial agreements or flat-out refusal by a spouse to spend his or her assets does not work, as Massachusetts law imposes a support obligation on spouses for each other’s basic needs, including health care. Planning ahead of time is crucial to protect each spouse’s assets.

Other benefits that may be affected by remarriage include Veterans pensions and social security benefits that one may be receiving as a widowed or former spouse.

The bottom line is that spouses in second marriages must plan ahead to protect themselves and their respective families.

Linda T. Cammuso, a founding partner at Estate Preservation Law Offices and an estate planning professional, has extensive experience in elder law and long-term care planning. Linda may be reached at www.estatepreservationlaw.com or by calling 508-751-5010.

Should you declare bankruptcy? 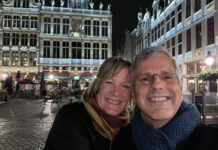 Avoiding mismanagement of inheritances by your grandchildren

Vital steps to take after you lose a loved one